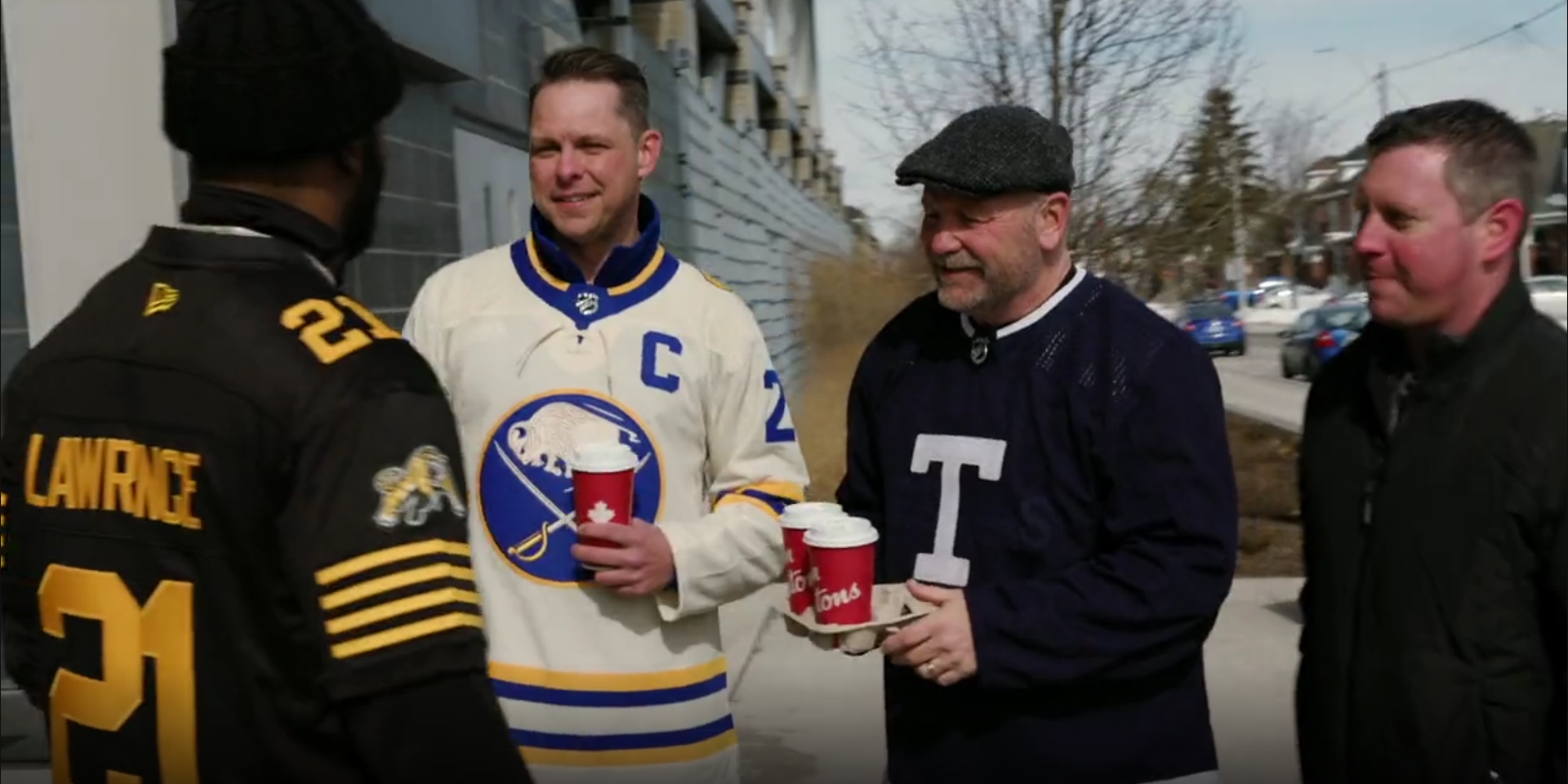 Ahead of the Heritage Classic, the NHL shared a video from Hamilton featuring alums Wendel Clark and Martin Biron, and Simoni Lawrence of the Tiger-Cats.

Ahead of the Heritage Classic, the NHL shared a video from Hamilton Monday (Mar. 7) featuring alums Wendel Clark and Martin Biron, and Tiger-Cats linebacker Simoni Lawrence.

Tim Hortons Field will be converted from a football field and soccer pitch to a hockey rink this Sunday (Mar. 13) for the outdoor game between the Toronto Maple Leafs and Buffalo Sabres.

The Tim Hortons promotional video starts with a shot of Hamilton from the escarpment and a look at the steel mills before former Maple Leafs forward Clark and Biron, a former Sabres goaltender, meet outside of the first-ever Tim Hortons location at the corner of Ottawa St. North and Dunsmure Rd.

From there, the two hop on a transport truck headed to Tim Hortons Field where they’re eventually greeted by Lawrence, who welcomes the retired NHLers to the home stadium of the CFL’s Tiger-Cats and Forge FC of the Canadian Premier League.

“Welcome to Tim Hortons Field,” Lawrence says. “Here are the keys — take care of it.”

Puck drop is scheduled for just after 4 p.m. on Sunday and the game will air live on Sportsnet in Canada and TNT in the United States.

“We are excited to announce that we will be presenting another Tim Hortons Heritage Classic this season,” NHL Commissioner Gary Bettman said after the game was officially announced.

“When the Toronto Maple Leafs meet the Buffalo Sabres at Tim Hortons Field in Hamilton, we again will honour Canada’s preeminent role in the history of our game while renewing a great and longstanding NHL rivalry. In addition, by inviting the first U.S.-based team to a Heritage Classic, we will celebrate the greater Golden Horseshoe region as the home of so many fans of both the Leafs and Sabres.”

This year’s matchup will mark the sixth Heritage Classic — a game with roots dating back to Nov. 22, 2003, when the Edmonton Oilers hosted the Montreal Canadiens in the first NHL regular-season outdoor games.

The Maple Leafs-Sabres matchup will be the 35th outdoor game for the NHL.