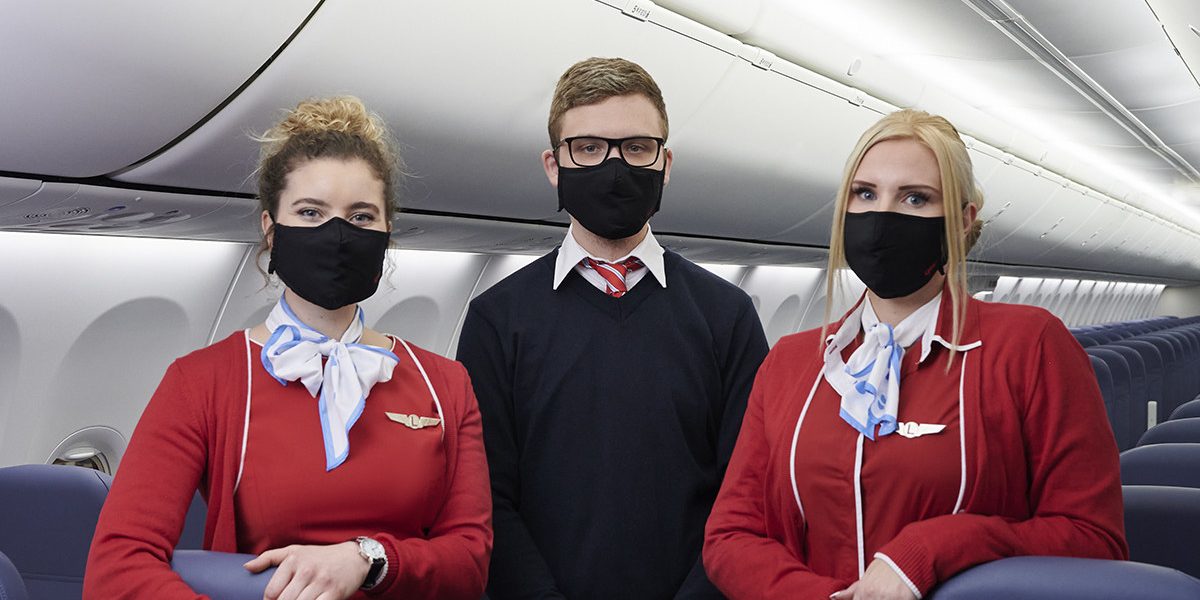 A Lynx crew on board one of their new Boeing 737 aircraft. (CNW Group/Lynx Air)

Canada’s new “ultra-affordable” airline took its inaugural flight out of Toronto Pearson International Airport on Monday (Apr. 11) and unveiled its plans for Hamilton.

Lynx Air is starting with four services a week between Toronto and Calgary, increasing to daily service as of Apr. 18.

“We’re pleased to welcome Lynx Air to Toronto Pearson and celebrate this inaugural flight,” said Janik Reigate, Director of Strategic Customer Relationships, Greater Toronto Airports Authority. “As travel restrictions ease and interest in air travel on the part of the public continues to rise, Lynx is offering more options for those travelling to other parts of Canada, while also giving visitors to Pearson greater opportunities to explore Ontario.”

Lynx flights will be departing and arriving out of John C. Munro Hamilton International Airport by the summer.

The first flight arriving in Hamilton is scheduled for Jun. 29 from Calgary. There will be two flights per week from Calgary to Hamilton until Jul. 29, when the frequency increases to four per week.

Flights from Hamilton to Halifax will begin on Jun. 30 at a frequency of twice per week.

At the time of publication, round-trip flights from Hamilton to Calgary ranged between $130 and $150, while flights to Halifax were anywhere from $100 to $120. 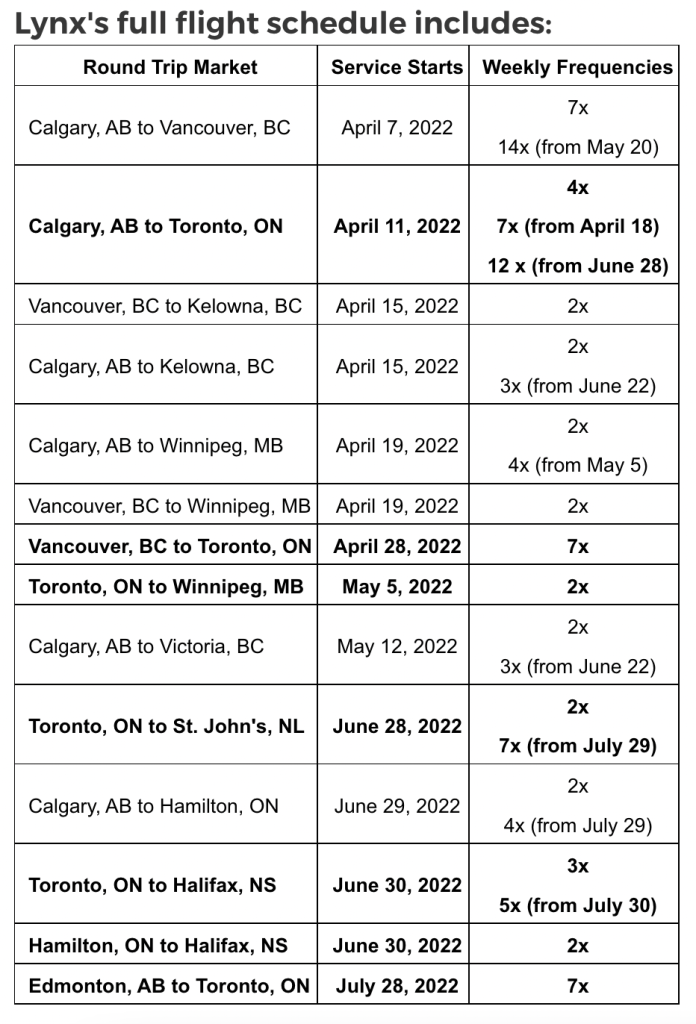 Flyers out of Toronto, meanwhile, will have six destinations to choose from: Halifax, St. John’s, Winnipeg, Calgary, Edmonton, and Vancouver.

The privately-owned Canadian airline says it has “the financial backing and industry expertise required to transform the Canadian aviation landscape.”

“Lynx’s carbon footprint and help make it one of Canada’s greenest and most sustainable airlines,” the company says. “All Lynx aircraft meet the highest internationally certified safety standards and are certified by Transport Canada.”

Lynx says it will operate a fleet of brand-new Boeing 737 aircraft.