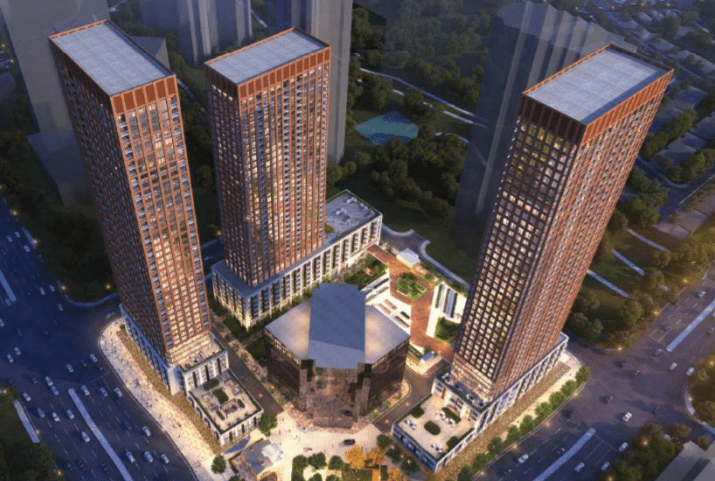 Mississauga’s planning committee will soon hear a proposal to construct three new towers at the corner of a major Mississauga intersection.

The proposal, brought forth by developer 30 Eglinton Avenue West Limited, is to construct three new apartment buildings (two 45 storey buildings and one 37 storey) at the corner of Eglinton and Hurontario. 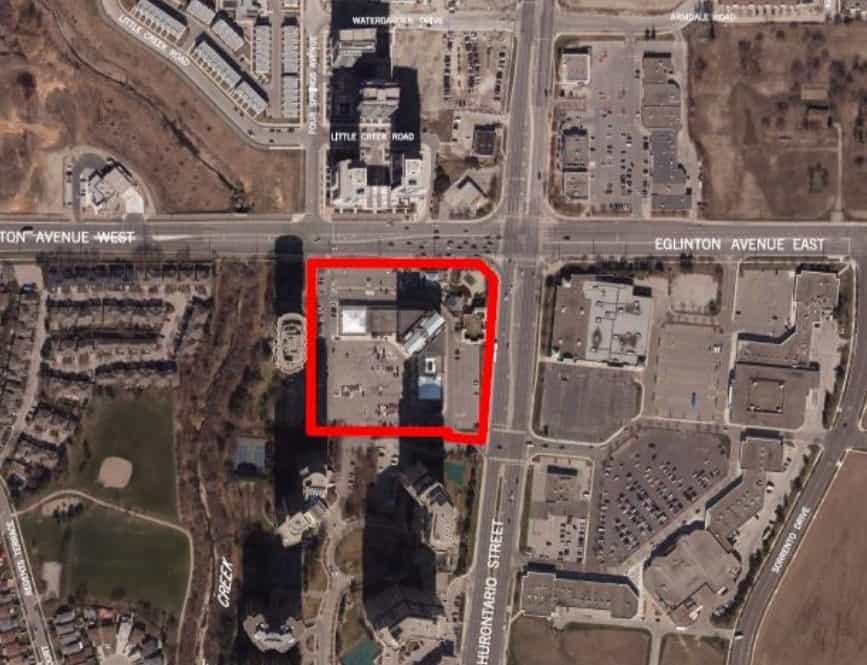 Mississauga’s planning committee is set to hear the proposal on Monday, Nov. 15.

The proposed complex would have 1,577 dwelling units and 1,979 square metres of ground floor commercial uses, and the concept includes a large open space (privately owned public space or municipal parkland) at the corner of the intersection that would be just over 2,710 square metres.

“There is an existing nine storey office building and one storey heritage building on the property that will be retained as part of the development of the property,” according to the city planning report.

The report estimates the complex’s population would be approximately 3,485, adding thousands of new residents to the area which is currently a hotspot of well-established restaurants including Wilcox Gastropub and Emerald Chinese Restaurant.

Some concerns raised by community members include the proposal being too high and too dense, causing traffic congestions, and potentially blocking views of adjacent condominium owners.

The full planning report is available to read here.