Women juggling child care, career, and finances during pandemic
One-third of Canadians admit to having been a victim of fraud at some point during their lives
Oakville Transit offering free rides to kids 12 and under
Migrant and undocumented workers should receive COVID-19 vaccine, advocates say
COVID-19 cases more than double in federal prisons during second wave of pandemic

New Supermarket Opening Up in Mississauga

It looks like Mississauga is getting a new supermarket.

Mississauga’s Cooksville neighbourhood is home to some of the most unique, ethnically diverse restaurants and businesses in the GTA. If you’re willing to travel out of your comfort zone to visit this part of Mississauga, make a little effort to search—you can sample some of the different cuisines and delicacies that Cooksville has to offer.

It is also an area rife with small to medium sized businesses for people looking to shop at independent operations. One of those places is an Asian supermarket named, loosely translated, as "The Perfect Supermarket." It was situated inside the plaza known as "Century City Place" near the intersection of Hurontario Street and Hillcrest Avenue, just across from T.L. Kennedy Secondary School. Despite its interior being a little shabby and run down, there was a down-to-earth vibe. It was a place for families living nearby to do some quick shopping for a few items and be on their way.

With the way the free market works—and with bigger names like T&T, Oceans, and Pat Supermarket along Dundas Street providing alternative options for shopping for traditional Asian food in Mississauga—it was only a matter of time before this place needed to change in order to keep up with the competition, as seen in this photo taken by Insauga this past week. 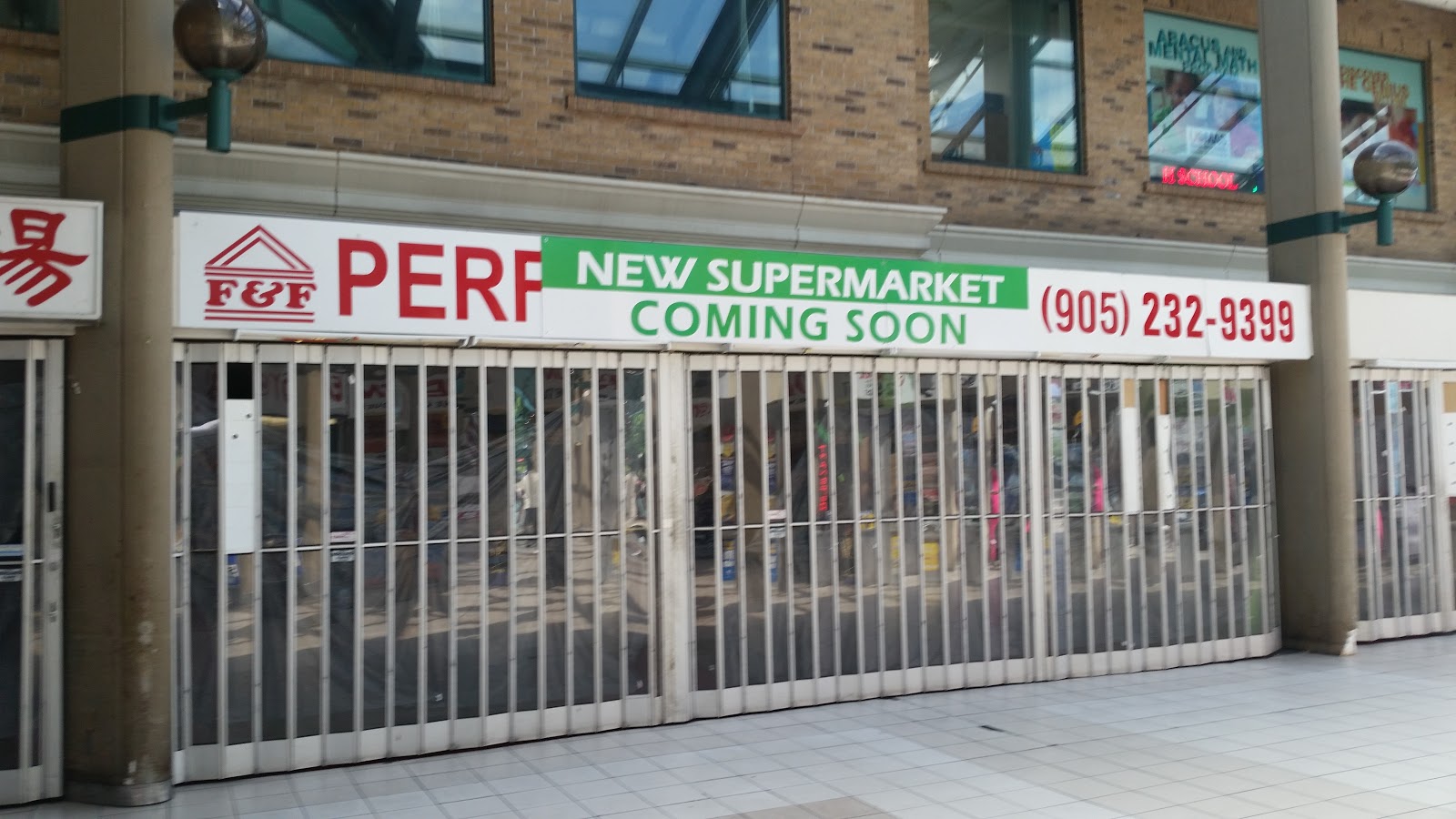 insauga.com attempted to contact the Perfect Supermarket to get some comment as to what is going in its place. Unfortunately, we received a message saying the number was not assigned. And on the website, they do not provide an email address.

Whatever is going in, the new supermarket will have to keep up with the competition. T&T started the trend years ago by taking the model of that traditional, family-run supermarket with Loblaws like store quality. T&T put in clean, bright, and modern store layouts with ample parking spaces and plenty of food and product selection from local providers and exotic imports. Other supermarkets such as Oceans and Nations Fresh Food followed suit after that, so it's no wonder that Perfect Supermarket has decided to make some changes.

Insauga will keep you up to date on developments regarding this supermarket. But the new establishment would have one thing going for them: ample parking space in the back.