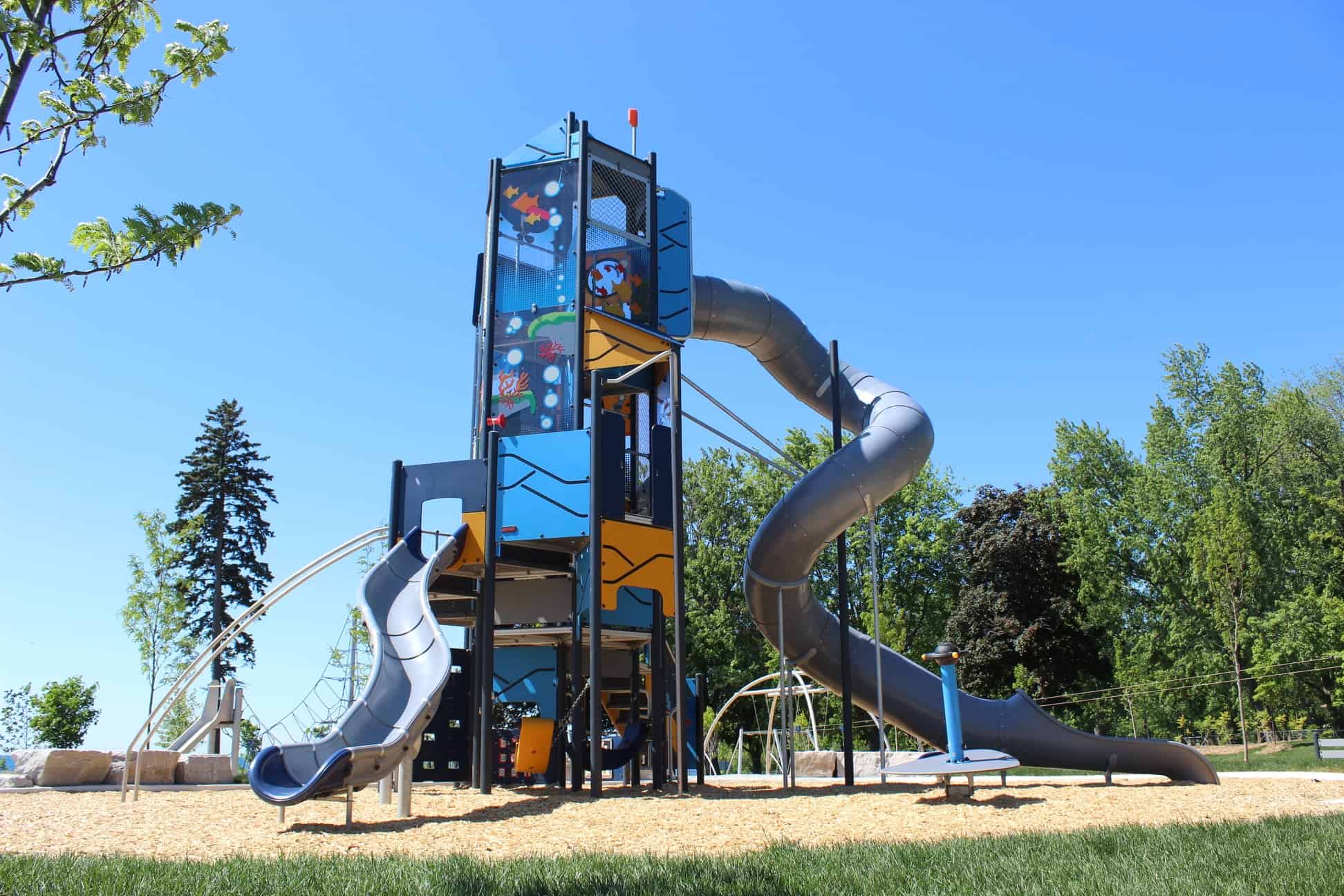 A brand-new splash pad and children’s playground – featuring the first Kompan ‘Giant’ in Canada – is now open in Lakeview Park.

Openspace Solutions, based out of a small hamlet west of Kitchener called Wellesley, has been designing and building playground equipment since 2012 and was able to complete the Oshawa project by June 23 – just in time for Canada Day.

The splash pad/playground area of the park has been closed since the fall while the new structure was built.

Openspace posted on their Facebook page they were “super excited” to build the Giant, which is the main feature of the playground and gives kids great views of Lake Ontario from the top.

The structure has fully accessible junior and senior structures, as well as net climbers, zip lines, spinners, supernova and the new ‘cocowave’ rope swing. If it gets too hot the playground also features a new Waterplay Splash pad that boasts the ‘Big Top Soaker’ for older children and an area for toddlers.

Lakeview Park is located at the bottom of Simcoe Street, right next to the Port of Oshawa.