Even though he is splitting his prize with two other people, a Mississauga lottery player is satisfied with his winnings and says it is enough to buy some new shoes and help his family have a better life.

Ruvel Anthony Del Rosario has claimed $333,333.40 after picking the same number as two others for the $1 million Maxmillions prize in the September 28 draw of Lotto Max.

The 28-year-old health care worker said he waived his ticket under an OLG ticket checker at a store and when it said he was a winner he thought the machine was broken. He tried it at another store.

“The second ticket checker confirmed it, but I was still in disbelief,” he said. “I kept questioning the amount of 3’s on the screen.”

And even though he didn’t get the full jackpot, what he has is good enough. 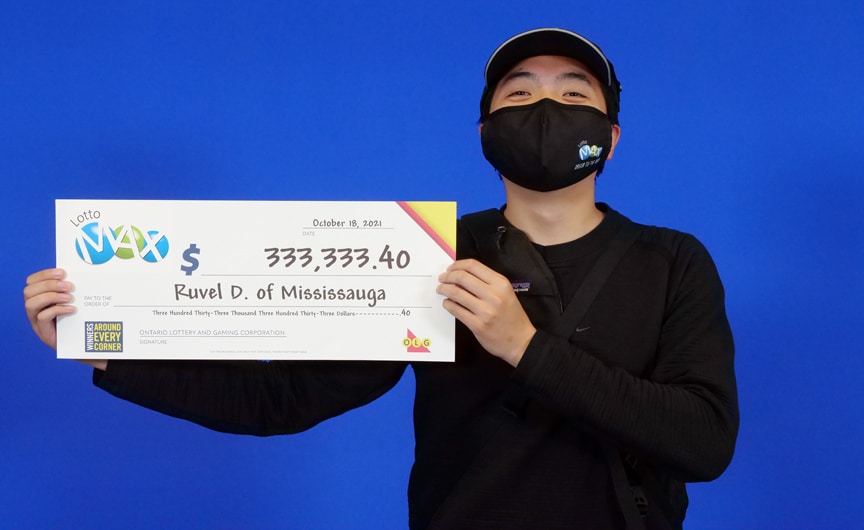 He says the amount will help out all the people he loves.

“My parents won’t have to work so hard, and my siblings will have the chance to get ahead,” he said. For myself, I’m considering upgrading my education to have some specialized skills. I don’t want to take this money for granted, so I am going to limit my indulgences to a couple pairs of shoes to celebrate my win.”

The winning ticket was purchased at Circle K on McLaughlin Rd. in Mississauga.