New Sheridan College Building in Mississauga Opening to be Delayed 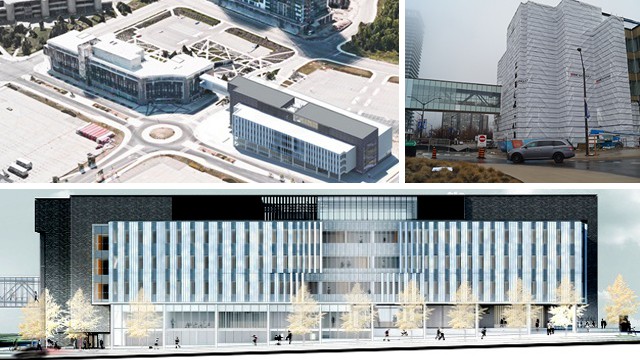 Sad news for those of you looking forward to a new building at Sheridan College’s Hazel McCallion campus.

According to a news release from the college, the new building will not be ready by its target date of summer 2016, due to factors outside Sheridan’s control.

“We are extremely disappointed and we strove very hard for a different outcome,” said President of Sheridan Jeff Zabudsky. “We deeply regret any inconvenience this may cause.”

Factors contributing to the new building’s delay include slower than expected construction, and Sheridan’s inability to furnish and equip the building until it is fully complete.

The school has acknowledged that the building will not be ready for academic programming starting in September, but instead believes it will be ready for the start of the winter term next January.

“Sheridan has well-established standards to ensure a safe and clean environment for teaching, learning and working,” Zabudsky said. “We cannot schedule classes in the facility given the many missed milestones in the process and the fact that it remains an active construction site. It troubles us greatly to be in a position in which we are forced to make this decision but we believe focusing on mitigation measures at this time is in the best interests of the Sheridan community.”

Until the building is complete, programs that were expected to move into it will stay on their current campuses (most of which are in other cities, unfortunately) for the fall 2016 semester.

Sheridan now expects to utilize the new Mississauga building for the start of the winter term in January, 2017.