New Room Escape Game Will Make You a Hero 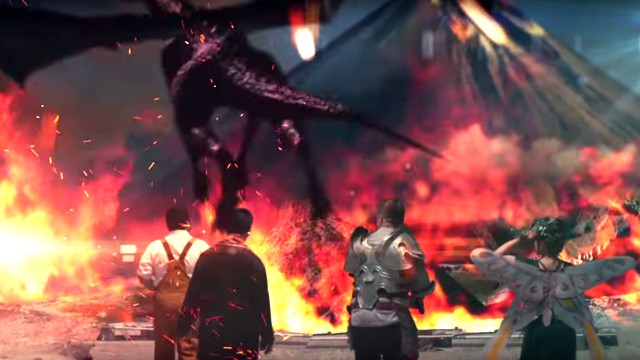 A few weeks back, we got an email from the De Code Canada team about a new escape room concept that they wanted a select few people to try. Since we’re fans (well, most of us are) of the room escape trend and are always scouting out new things for you to do in Sauga, we decided to give the game — basically a super-sized take on the facility’s smaller, shorter adventures — a try.

We wanted to tell you all about it right away, but had to wait until the new game was officially launched. Now you can play Heroes Unleashed — a facility-wide, 120 minute escape — at De Code Canada.

So, how does it work?

Basically, a team of five is tasked with completing multiple challenges while fulfilling assigned roles. The actual escape is 100 minutes, but you’ll be given 20 minutes of prep time with a video presentation outlining what’s expected of you. Like most room escapes, Heroes Unleashed is all about the fantasy. In this game, you have to save the Kingdom of Spiritus from an evil dragon (who you’ll get to attempt to destroy at the end of the game). To further enhance the role-playing aspect (and ensure there’s a lot of teamwork), each team member is given a role. Your posse must be made up of a captain, a knight, a priest, a blacksmith and a pixie.

Each member will have a specialized skill and tool to help their team solve puzzles and build the necessary equipment (oh yes, there’s some building involved) to advance from one stage to the next and defeat the dragon.

This game is also more competitive than some traditional escapes, as eight teams play at once and the first to complete all the challenges and slay the dragon within the allotted time limit wins.

I should point out now that, despite not quite beating the clock, Insauga’s illustrious, brilliant and talented team won. Sort of. We finished faster than all the other teams, even if we didn’t finish quickly enough. We were basically amazing and everyone was really impressed and asked for pictures and autographs and stuff.

What stands out about Heroes Unleashed is the emphasis on different skills — your team benefits from diversity in intellectual strength. The first and most time-consuming round is the first one. When the game begins, each team has to solve several mental puzzles. When a puzzle is solved, items that help the team advance further are handed out. If you do not solve all the puzzles, you will not get the items you need to complete further challenges.

So, the pressure is on to be really helpful and smart.

If you complete the first stage, you move on to a cool murder mystery room. In this room, you have to piece together clues to find out who killed the troubled kingdom’s king. If you manage to find out who murdered his majesty, you move onto a few more engaging puzzles before facing the dragon. As in many room escapes, you can ask for a limited number of hints if you get stuck on something.

Should you make it to the dragon, you best hope your aim and engineering skills are up to snuff.

As far as room escapes go, this was one of the best we’d experienced. It required a great deal of team work and the vastness of the first challenge lead to an incredible feeling of accomplishment when we exited the initial stage. The competitive aspect is also an interesting element and a good motivator. You feel like there’s a little more at stake when it’s you against several other teams.

The expanded space and time limit is also a nice touch, as you get to make an afternoon or evening out of the game. It also just feels good to move through pitch black corridors from one room to the next, playing a different game every time. If one person is good at solving puzzles, another gets to stand out when it comes to constructing materials. If one person loves murder mysteries, another gets to enjoy a more physical conclusion to the challenge.

All in all, Heroes Unleashed is good for more cerebral players looking to bond, cooperate and role play.

Check it out of you like fantasy, puzzles and dragons.