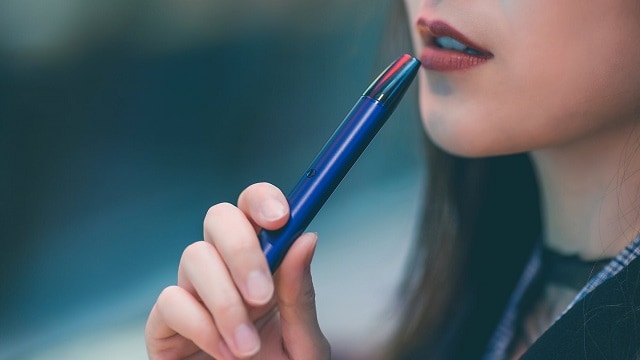 As research continues into the potentially dangerous effects of vaping, a previously unknown link may have just been established by the U.S. Centers for Disease Control (CDC).

The result: Vitamin E acetate was found in every single sample.

“This is the first time that we have detected a potential chemical of concern in biologic samples from patients with these lung injuries,” the CDC says. “These findings provide direct evidence of vitamin E acetate at the primary site of injury within the lungs.”

Vitamin E acetate is used as an additive in the production of e-cigarette and vaping products, as it resembles THC oil. Vitamin E can be found in many foods, such as meat, fruits, and vegetables, and is also available as a dietary supplement and in cosmetic products like skin cream.

While vitamin E acetate typically isn’t harmful when ingested or applied to the skin, research suggests it may interfere with normal lung functioning when it’s inhaled.

The data isn’t yet conclusive on whether vitamin E acetate is a major cause of lung injuries associated with vaping and e-cigarettes.

“No one compound or ingredient has emerged as the cause of these illnesses to date; and it may be that there is more than one cause of this outbreak,” says the CDC.

“While it appears that vitamin E acetate is associated with EVALI, evidence is not yet sufficient to rule out contribution of other chemicals of concern to EVALI.”

To be on the safe side, the CDC continues to recommend that people not use e-cigarette or vaping products that contain THC.

These findings come in the wake of more than 2,000 cases of EVALI being reported in the U.S., including 39 confirmed deaths as of November 5, 2019.

In Ontario, the government recently announced a ban on the promotion of vape-related products in convenience stores and gas stations due to health concerns from the province.

“It has become abundantly clear that we do not have access to sufficient data and information to understand the potential scope of this issue,” said Deputy Premier and Minister of Health Christine Elliot.

For more information on the CDC’s research and findings, click here.