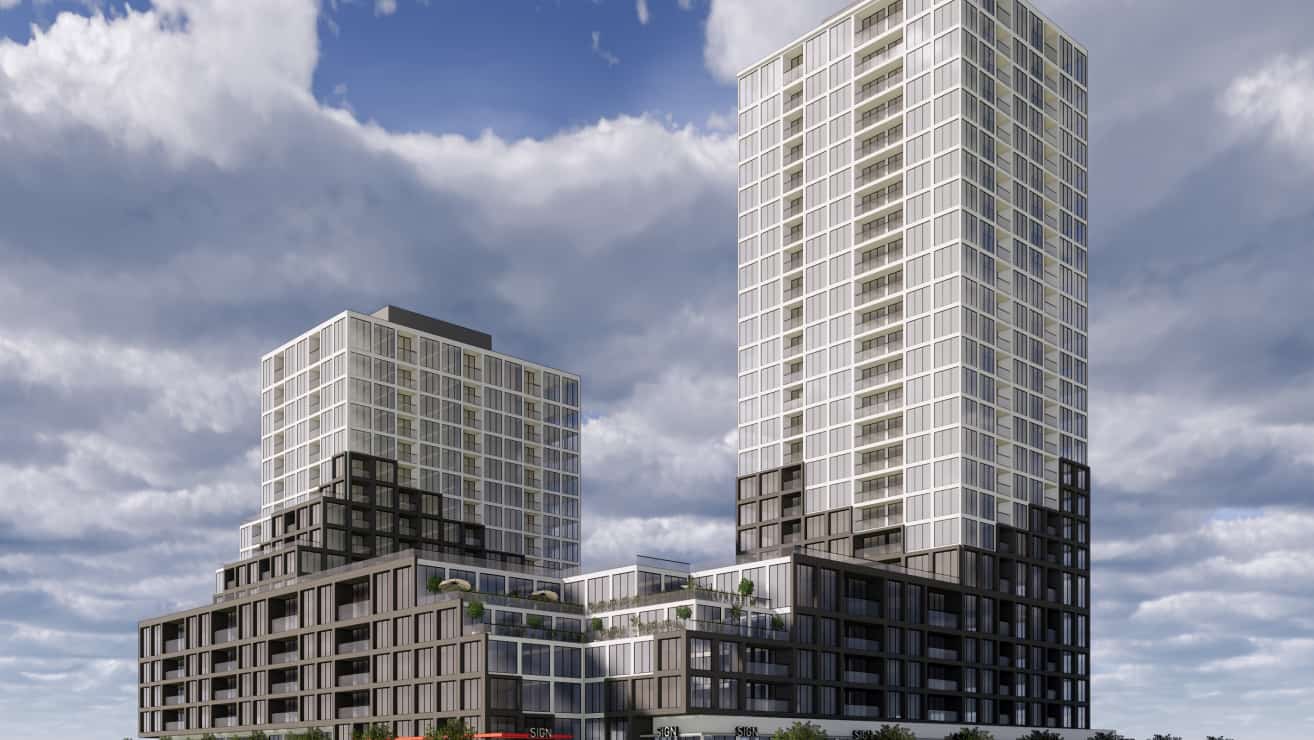 Recently, Boardwalk and RioCan announced plans for a mixed-use development in Mississauga.

The Remi Network says the new proposed development, which will include two 25 and 16-storey apartment towers and approximately 470 residential rental units, will also offer a “lavish retail podium.” 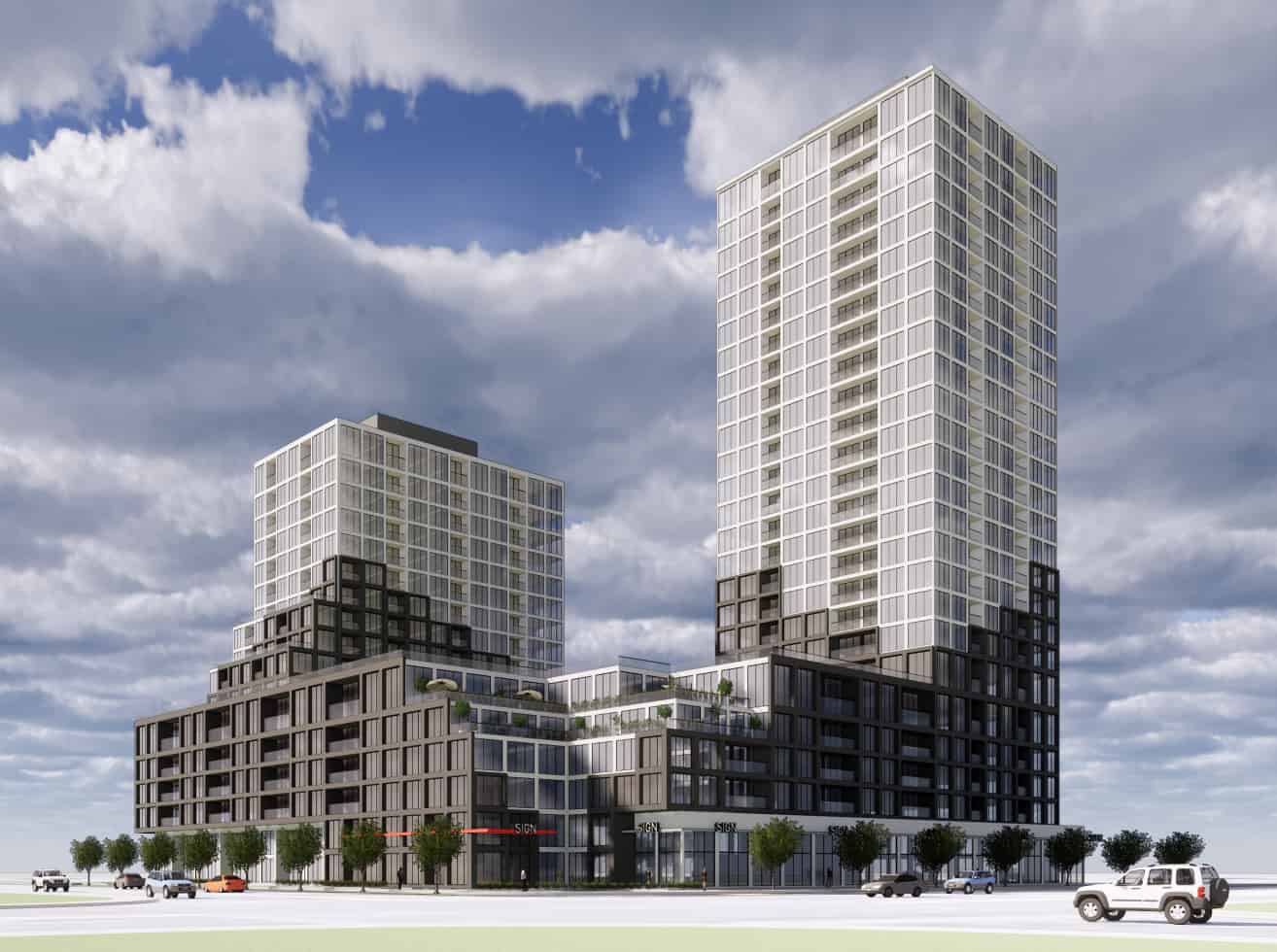 The development makes sense, as the lands are located within what the city calls the Hurontario Street Intensification Corridor, which is considered an intensification area. The property will also be located along the new Hurtonario LRT line.

The LRT, once completed, will span 18 km and run from Port Credit GO at Lakeshore Rd. in the south to the Brampton Gateway Terminal at Steeles Ave in the north. The LRT will boast 19 stops and provide connections to the Port Credit and Cooksville GO stations, Mississauga Transitway, GO Transit’s Milton line, Lakeshore West rail lines, MiWay and Zum transit lines.

Future in Mississauga growth will be primarily directed to the aforementioned intensification areas, so residents can expect such corridors to provide mixed-use areas, built to support frequent transit service and a variety of services and amenities. 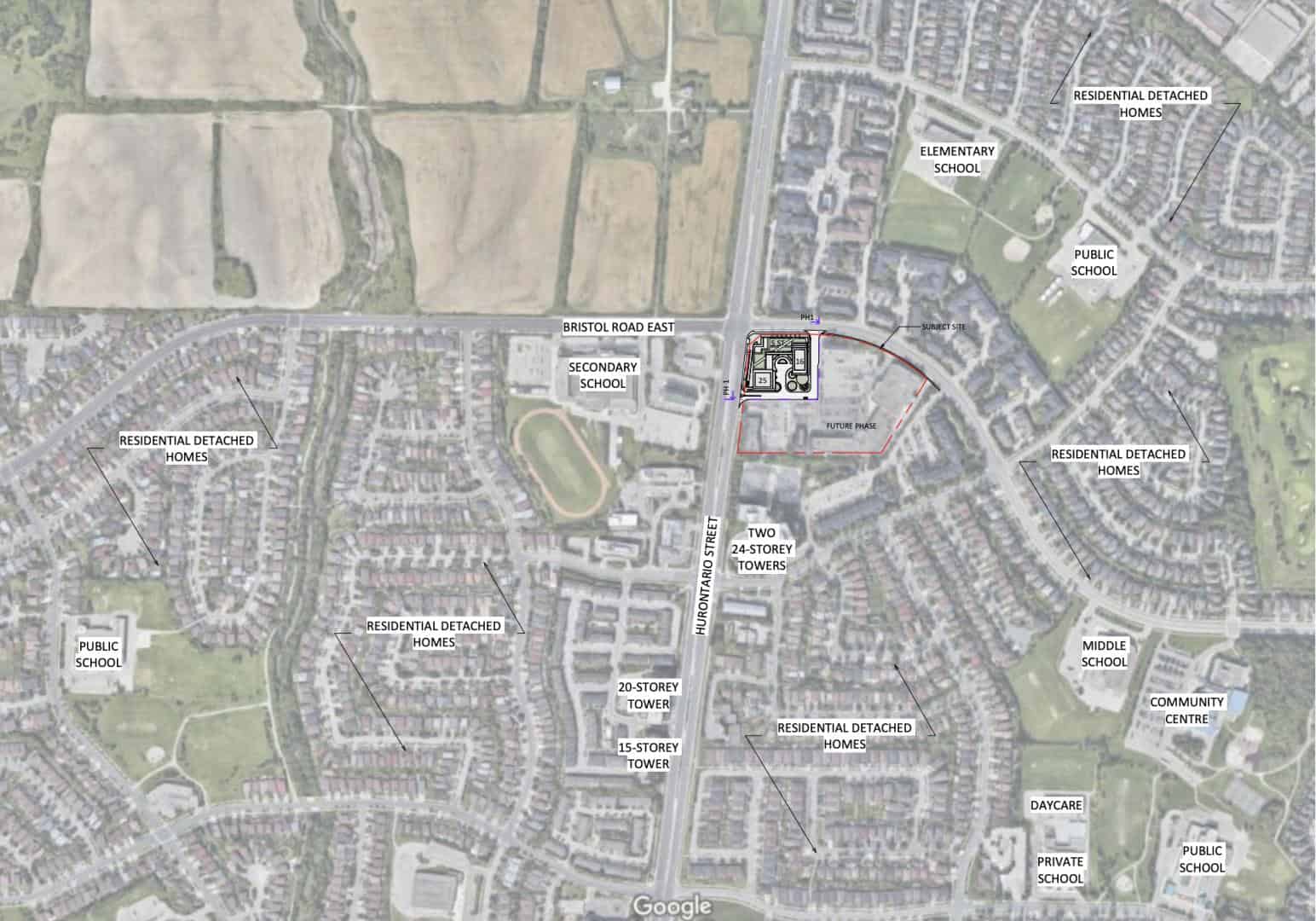 “We’re really excited about this new development in Mississauga,” said Sam Kolias, Chairman and Chief Executive Officer of Boardwalk REIT said, as reported by The Remi Network. “This is all about our long-term strategy to reduce the average age of our rental properties and to diversify our portfolio on a balanced, measured basis.”

The Remi Network says zoning approval is anticipated in early 2020.

The apartment building is anticipated to be completed in 2023.