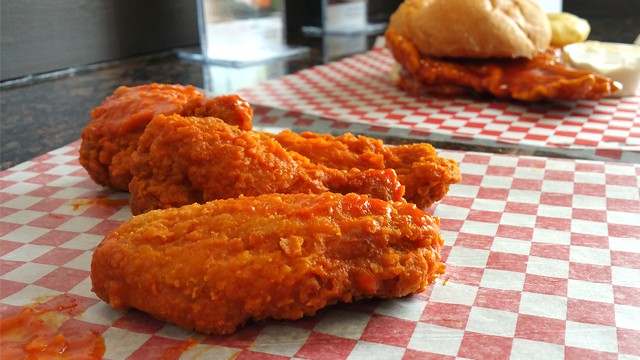 There are a lot of cuisines that are hugely under-serviced in a city of almost 800,000 and, believe it or not, Mississauga lacks standout chicken wing joints. Chicken wings–one of the most popular party foods on earth–are underrepresented in our fair suburb. Can you believe it? Of course you can. You’ve complained to your friends and loved ones about it every Super Bowl.

That said, there is at least one more choice in Mississauga. The Wingery is a new chicken wing takeout and delivery resto located on Kennedy just north of Eglinton.

Their slogan is “Size Matters” and when it comes to chicken wings, I absolutely agree. You can also tell by the picture that they’re telling the truth.

The Wingery is a smaller chain that has three other locations, with the Mississauga one being the forth.

Unique for: The wings and the Sloppy Chicken Sandwich 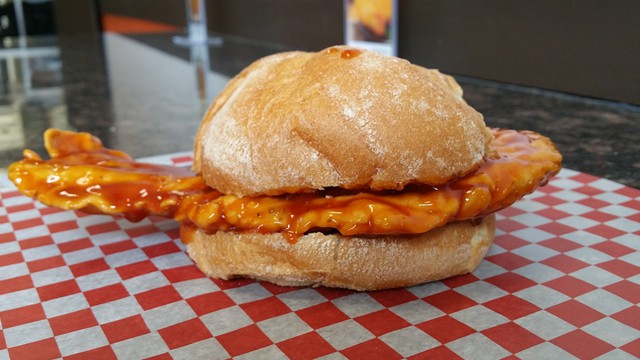 Signature Sauces: Swamp Sauce, Gates of Hell, Diablo’s Cocktail and the hottest Snakes Venom
(all the hot sauces are made in-house)

Why Mississauga? There is really no one servicing the chicken wing takeout market in Mississauga.

What’s Up and Coming? Second location in Mississauga at Southdown and Lakeshore.