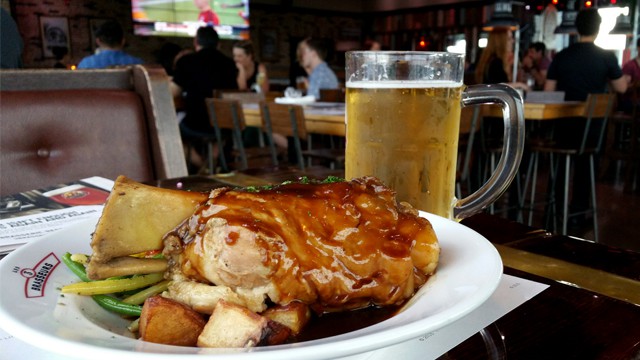 Every single beer you have here will be produced almost right beside your table.

The 3 Brewers (3 Brasseurs in Francais) is an up and coming restaurant from France that already has eight locations in Canada.

The location that just opened up at Heartland has a pretty cool story and concept from France. Without rewriting exactly what is on their website, here’s a rundown of their history: 100 years ago in France 3 brewers joined forces to find a brewery that would become one of the most important French breweries. In 1985, their decsendants opened their first neighbourhood Microbrewery and have taken that concept to each restaurant location. 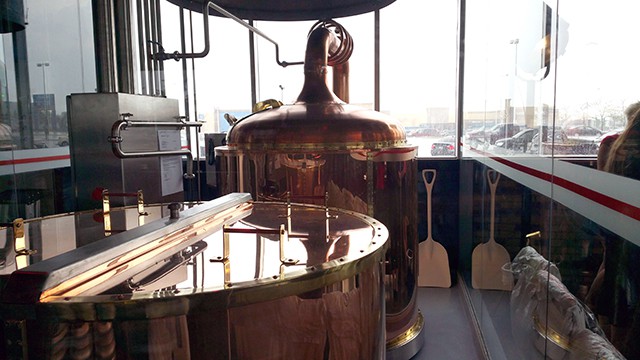 Each location has its own microbrewery inside to create craft beer. All the beer you drink is created within the walls of the Heartland location by brew masters that are there five days a week. You can actually see this process and the bags of malt lying around the restaurant. 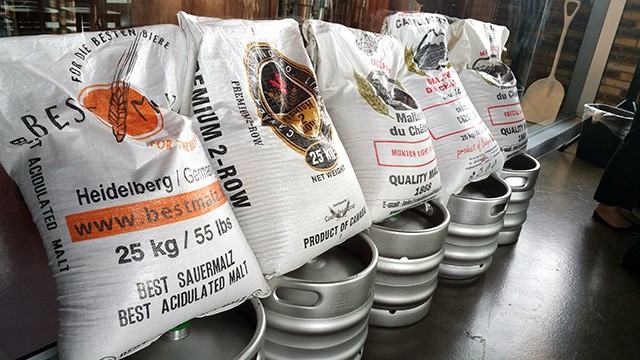 Because everything is brewed in-house, the beer has no preservatives or added flavours and is as fresh as beer can get.

Menu: The food here is higher-end pub food with the price being bang on to the quantity and the quality you get. They have a dish called the Flammekueches, which is pretty much a gigantic flatbread. A lot of menu items have been cooked in beer, such as the white beer mussels, the beer braised pork shank (as seen in the cover picture) and the 3 Brasseurs burger that comes with maple beer sauce. They also have poutine, steaks and a mac & cheese grilled cheese. 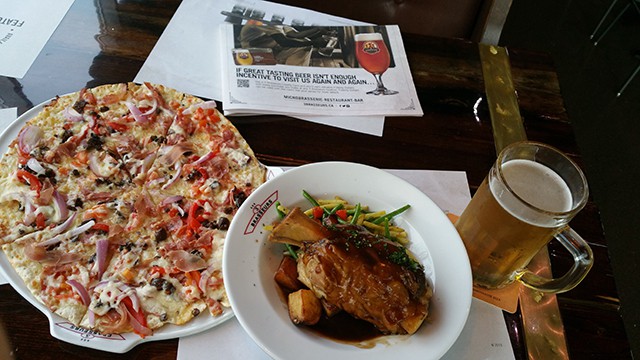 What you need to try: Beer braised pork shank

What beer you need to try: Blonde

What’s up and Coming: The patio, which should open soon (they are just waiting on permits and additional TV screens). They currently offer two very large TVs, so don’t be afraid to hit them up to watch a big game.

What was there before: Baton Rouge