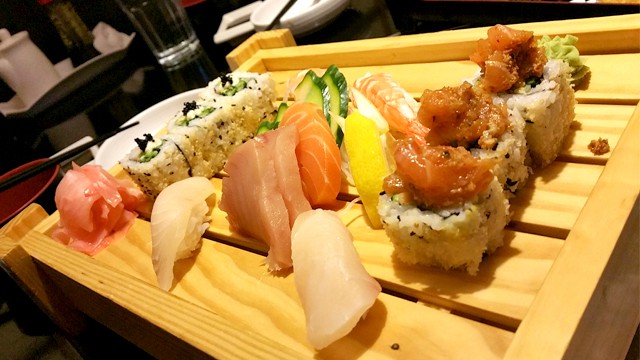 Sushi KōKō is a new restaurant which took over the space formerly known as Chung Gi Wa Japanese & Korean Restaurant and going back even further it was called Minami Japanese Restaurant.

Fusion restaurants have been trending in Mississauga’s food scene with a number of recently opened independent restos boasting a collaboration of cooking techniques and ingredients into one dish.

While Sushi KōKō is labelled Asian-fusion, the menu itself represents more of a mixture of independent cuisines rather than true fusion, so it’s a decent spot if there’s a member of your group who doesn’t particularly like Japanese food.

The cozy spot looks similar to its predecessors offering tables and private booths. It still has remnants of the Korean BBQ grills (despite it’s no longer on the menu) and “Minami”partitions in the restaurant. 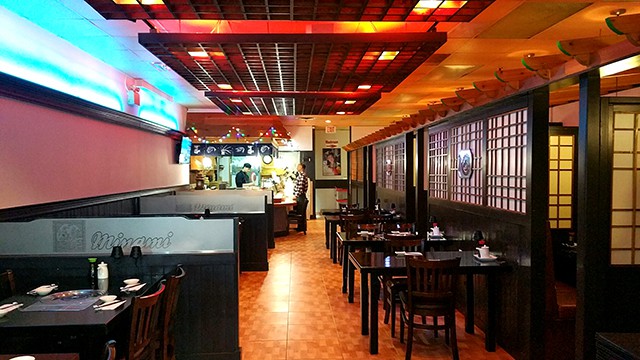 The Menu: You will predominantly find Japanese dishes with a few random Nepalese, Greek, Italian, Indian, Korean and Thai dishes.

The Japanese dishes include a variety of nigiri, sashimi, maki sushi and bento boxes. There is also a Korean section on the menu includes six options which are tofu, soup, rice, chicken or noodle based dishes.

There are also a few desserts on the menu which include banana tempura, panna cotta, chocolate sushi and ice cream.