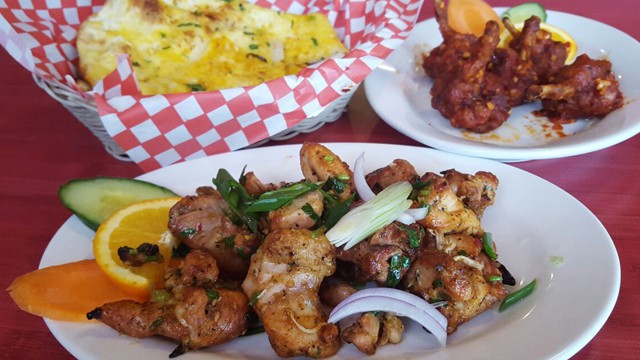 Hakka Khazana is a new restaurant offering Nepalese, Indian and Chinese Hakka cuisine located in a plaza on Twain Ave. off of Mavis between Derry and the 407.

The restaurant formerly known as Soaltee Restaurant has reopened under a new name with an elaborated Nepali section which includes a number of Nepali appetizers, main dishes and sides in addition to their signature momos (steamed dumplings filled with garlic and chicken or vegetables and served with a thick, spicy dipping sauce).

The restaurant doors are open but the new menu won’t be available until the grand opening scheduled for March 19, 2016.

What We Recommend: The chicken momos. They’re relatively basic in terms of appearance and ingredients, but they’re authentically Nepali (although some believe the dish originated in Tibet) and they’re garlicky enough to keep everyone away from you for days. The solitude is worth it.