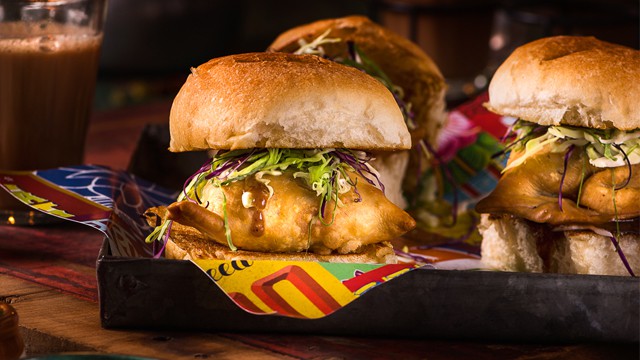 If you’re in the mood for quick-service Indian street food, you are in luck — Chaska just opened its doors.

The brand new resto, located at Matheson and Satellite Drive, greets diners with a vibrant counter designed to look like an Indian truck. The rest of the décor is equally as catchy, with murals made up of colourful re-creations of Indian signage and industrial steel walls. The lighting is also interesting and is comprised of low-hanging Edison bulbs hung in rows across the resto.

“I’ve been doing a lot of research on Indian food and getting feedback from people on what they think of Indian food and how often they eat it,” says Naveen Seth, the owner and operator of Chaska. “The most common feedback that I’ve received is that most people know Indian food and like it, but they all said [they don’t eat it] that often because they find that it’s too rich and too heavy. I wanted to develop something a little different where I could offer them the authentic thing but not make it too rich and heavy. We’ve come out with a menu where we’re using mostly grilled meat and grilled vegetables and it’s not as heavy as it could be if you dipped it in a sauce.” 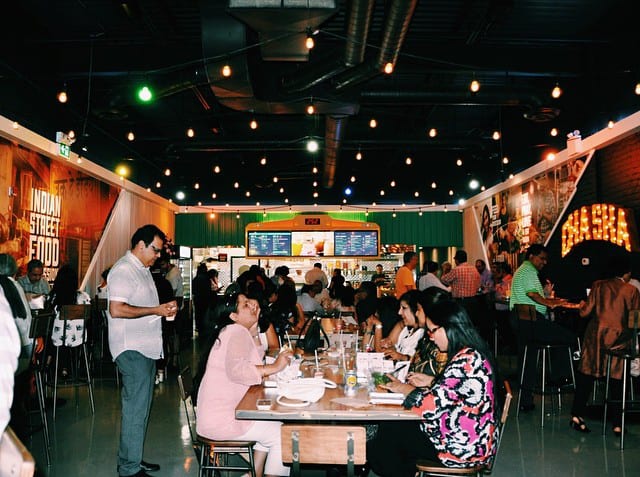 The kathi roll with egg paneer tikka is particularly flavourful and filling, as it fuses refreshing and moderately spiced sauces and seasonings (applied conservatively, it’s not a messy meal).

For Seth, creating authentic cuisine is paramount and he’s definitely an expert — he was born and raised in India, coming to Canada when he was 21.

“I always tell people that when I was studying at college in India, the samosa sliders were my lunch every day. I would go to the canteen and order samosa on a bun and I wanted to introduce that here.” 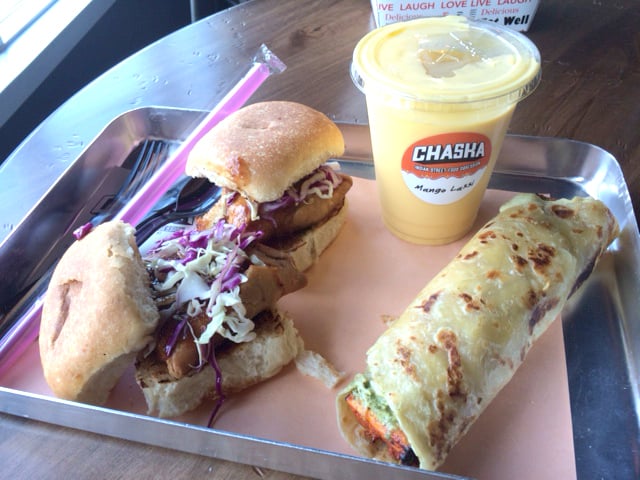 Sourcing local products is also important to Seth and his team.

“We try our best to source all the produce locally. Even the meats, we are getting antibiotic and hormone-free chicken and grass-fed lamb and all our meat is halal.”

For Seth, Chaska is the culmination of two years of visioning and planning. Although he’s been in the food service industry for 15 years, his roots are actually in IT.

“I lived in Ottawa when I came to Canada almost 28 years ago and I had a small IT company which I ran with a partner for six years. In 1997, we were bought out and after a year, we decided to do something different. My partner started another IT firm, but I wanted to do something different. Food was what I was passionate about, so I moved to Toronto.”

Once he moved to Toronto, Seth got involved with La Prep, an upscale, bistro-style quick-service restaurant. He is now one of the brand’s master franchisees (there’s actually a La Prep location in the same plaza as Chaska).

“I’m the master franchisee for La Prep for southern Ontario and I’ve opened 35 locations so far,” he says. “Chaska is a brand new concept that I’ve been dreaming about and I wanted to launch for a long time. I worked on it for two years.“

Now, he lives in Mississauga and is happy to bring another Indian option to a community that’s no stranger to South Asian cuisine.

“This [food] is what you get in Kolkata. This is a fast casual concept, you can sit down or have it to go, but everything is in takeout containers. Our food is street food, so I wanted to make you feel like you’re grabbing food from a food truck. I wanted to create that feeling inside the store. Even the artwork, you see all these messages, it’s all based on Indian trucks. If you go to India, there are so many messages with wrong spellings and everything written on trucks. We picked up all these funny messages and displayed them as a mural.”