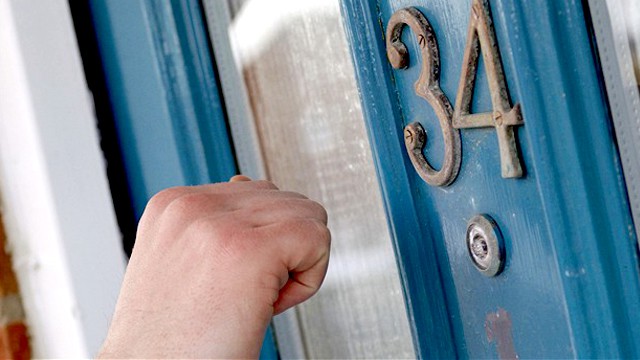 Are you bothered by door to door salespeople in Mississauga?

The changes, part of the Putting Consumers First Act, are intended to–ideally, at least–protect consumers.

In terms of door to door sales, the proposed changes will ban unsolicited door-to-door sales of some appliances, such as water heaters, furnaces, air conditioners and water filters.

That said, “consumer-initiated contracts” will still be allowed. So, if a resident calls a company regarding roofing or home renovations, that transaction can proceed. According to the government, all consumer-initiated contracts signed in the house for goods and services will have a “10 day cooling off period and mandatory disclosures, making them consistent with the current rules that apply to contracts generally.”

If a resident has a change of heart during this period, he or she is free to cancel the contract without reason.
As far as home inspections go, the proposed changes will establish mandatory licensing for home inspectors in the province and that licensing will be uniform across the board (meaning all inspectors will be licensed by the same body).

The government also announced that an independent, not-for-profit administrative authority would be created to oversee and enforce the proposed legislation and any associated regulations. This same authority will listen to consumer complaints, enforce rules and set out disciplinary measures.

As far as payday loans go, proposed changes to the Payday Loans Act, 2008, “provide the Registrar of payday loans with authority to inspect unlicensed lenders and provide for a rule-making authority.”

While many people find payday loan companies helpful, the organizations are sometimes associated with hardline tactics.

Now, the proposed legislation would give regulators the authority to set out standards/factors that lenders must consider when determining a borrower’s ability to repay, restrict high-frequency borrowing, provide repeat customers with an extended payment plan option and improve and add compliance and enforcement powers to address unlicensed lenders.