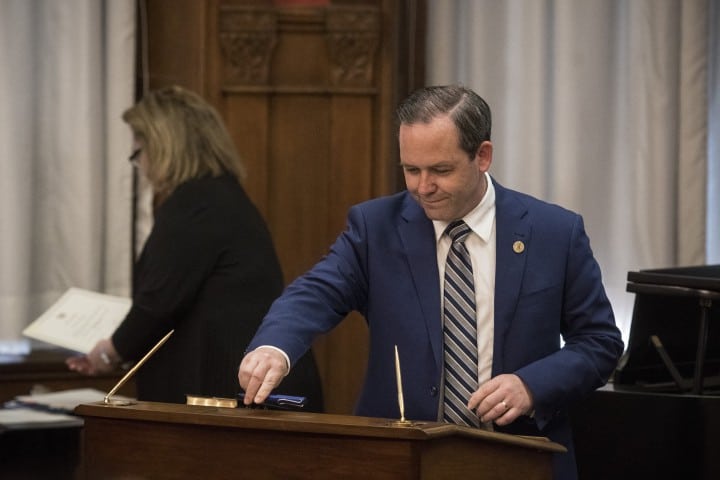 The Ontario government says it will make its tribunals, including one tasked with handling disputes between landlords and tenants, more accessible online in an effort to combat delays and case backlogs exacerbated by the COVID-19 pandemic.

The province is to announce plans today to further modernize the justice system, including a new digital case-management system for Ontario’s 14 adjudicative tribunals.

Attorney General Doug Downey says the new system, modelled on a similar one in British Columbia, will go beyond simply filing documents online and allow for virtual dispute resolution that could significantly reduce the number of cases that require a hearing.

He says the system will be accessible 24 hours a day and will be in place at the Landlord and Tenant Board and the Human Rights Tribunal — two of the busiest tribunals — by the end of the summer.

The government says the rollout for the remaining tribunals will be phased in and is expected to be complete by December 2023.

The announcement expected today also includes expanding remote hearings and digital document-sharing, and plans to modernize courthouses to make them more accessible and less intimidating to the public.

Downey said he wants Ontario’s courthouses to become more “client-focused,” saying the current paper-based system is difficult to navigate for those not in the legal field.

“It’s just not user-friendly for the people who are in, quite frankly, a very intimidating place, in a very sensitive time of their lives,” he said.

He cited, as an example, adding phone-charging stations in courthouses as one small change that could affect the public’s experience. Other upgrades would help people figure out where they need to be and when without having to scour stacks of paperwork, he said.

Downey could not give a specific timeline for those changes but said work on many of them is already underway, spurred in part by the pandemic, which halted in-person court hearings for months at a time. Jury trials are currently on hold until at least May.

“COVID helped highlight some of the reasons why I felt we needed to move in this direction, and opened up doors and broke down barriers,” he said.

“Once we started to have to do things … we started to change how the conversations went. And this is really a turning point of how we do change.”

In recent months, the province has also implemented online screening for jurors, and a website to look up cases in the Superior Court of Justice, among other tools.