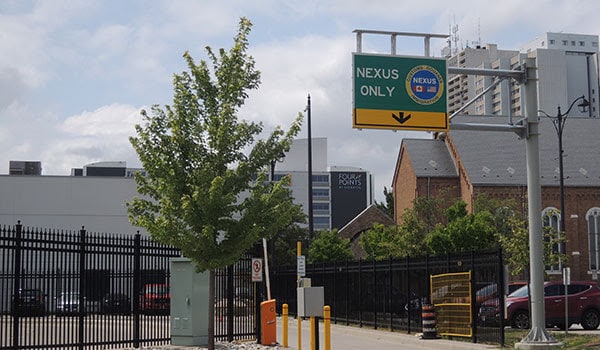 The expedited Nexus application process is coming to the Peace Bridge between Fort Erie and Buffalo.

The pilot project, which started in September at the Thousand Islands land crossing north-east of Kingston, sees Nexus applicants fill out their paperwork on the Canadian side, get it approved and then cross the bridge to the offices on the American side for final approval.

The move, while a small one, is meant to help clear up a backlog of more than 300,000 Nexus applications that have sat on desks collecting dust after negotiations broke down between the two countries.

At the core of the issue was American border guards wanting full diplomatic immunity from potential prosecution on Canadian soil. Canada refused.

Prior to the pandemic, the standard practice was to be interviewed by U.S. and Canadian agents in the same office at the same time.

It’s a short-term solution to the bilateral impasse that has led to U.S. agents refusing to staff Nexus enrolment centres on Canadian soil over what they consider inadequate legal protection.

Higgins calls the measure an “important stopgap,” but adds that the two countries have a long way to go before Nexus is back to its pre-pandemic strength.

~ With files from Canadian Press