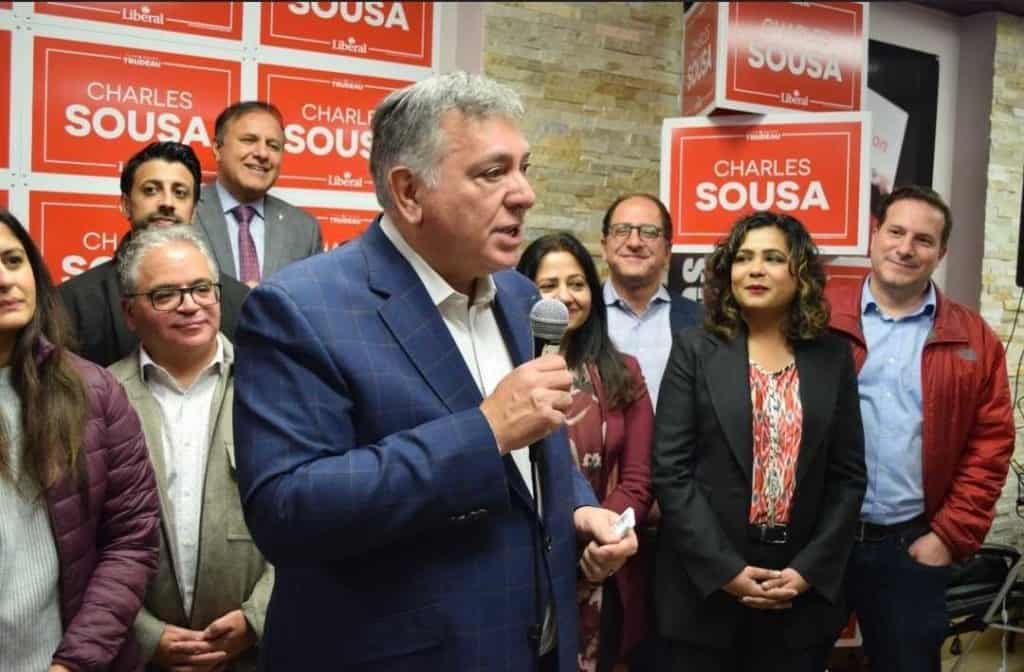 New Mississauga-Lakeshore MP Charles Sousa wasn’t even sure he was going to run in the recent by-election.

Then, he heard a keynote address delivered by federal Conservative leader Pierre Poilievre on Nov. 4 at the Empire Club of Canada in Toronto.

Almost immediately afterward, the veteran Mississauga Liberal politician threw his hat into the ring for the federal post after having served the city for many years provincially at Queen’s Park.

Sousa, 64, who has stints as both Ontario minister of finance and minister of labour on his resume, then completed the task by handily winning the Dec. 12 by-election. The by-election was needed after former MP for the area, Sven Spengemann, stepped down last May to take a job at the United Nations.

Sousa fended off 39 challengers in the race, which featured the most candidates vying for a single seat in Canadian political history.

Describing the Conservative leader as a “very dynamic and excellent speaker…and very persuasive,” Sousa said in a recent Instagram interview with insauga.com publisher Khaled Iwamura that Poilievre’s message is harmful to Canadians, and Canada.

So, part of the reason Sousa quickly decided to take a run at the Mississauga-Lakeshore federal seat is, “I was a bit taken aback by a guy who’s complaining about gatekeepers who has been protected by gatekeepers all his life…He’s a career politician. He got elected right out of school…and he talks about Canada being broken when I’m thinking, ‘well Canada leads the world in so many issues.’

“I don’t want to bring Canada back in time…there’s always things we can do better, absolutely. But we need to be open minded and we’ve got to be certain that we don’t fear monger…I believe in protest, I believe in freedom of speech, I believe in all of those things, but the moment you take away the rights of others, where you put others at risk, then you’ve crossed the line. When you put the country at risk by blocking trade in the billions a day, that’s not smart. And for him to be standing there promoting insurrection is a dangerous thing for a man to do, who wants to then become the leader of the country.”

Sousa said another part of Poilievre’s keynote address in Toronto that prompted him to jump into federal politics was when the top Conservative spoke about quantitative easing, a monetary policy action in which a central bank takes steps to stimulate economic activity.

The new MP contends Poilievre doesn’t have a handle on the subject and began to contradict himself.

Sousa said his immediate response, while listening, was to say: “That’s it. This is not the way a leader should” be speaking about such important matters.

“We all have our limitations, but boy, you have to work collaboratively with others and not be destructive or combative or get ahead at the expense of other people.”