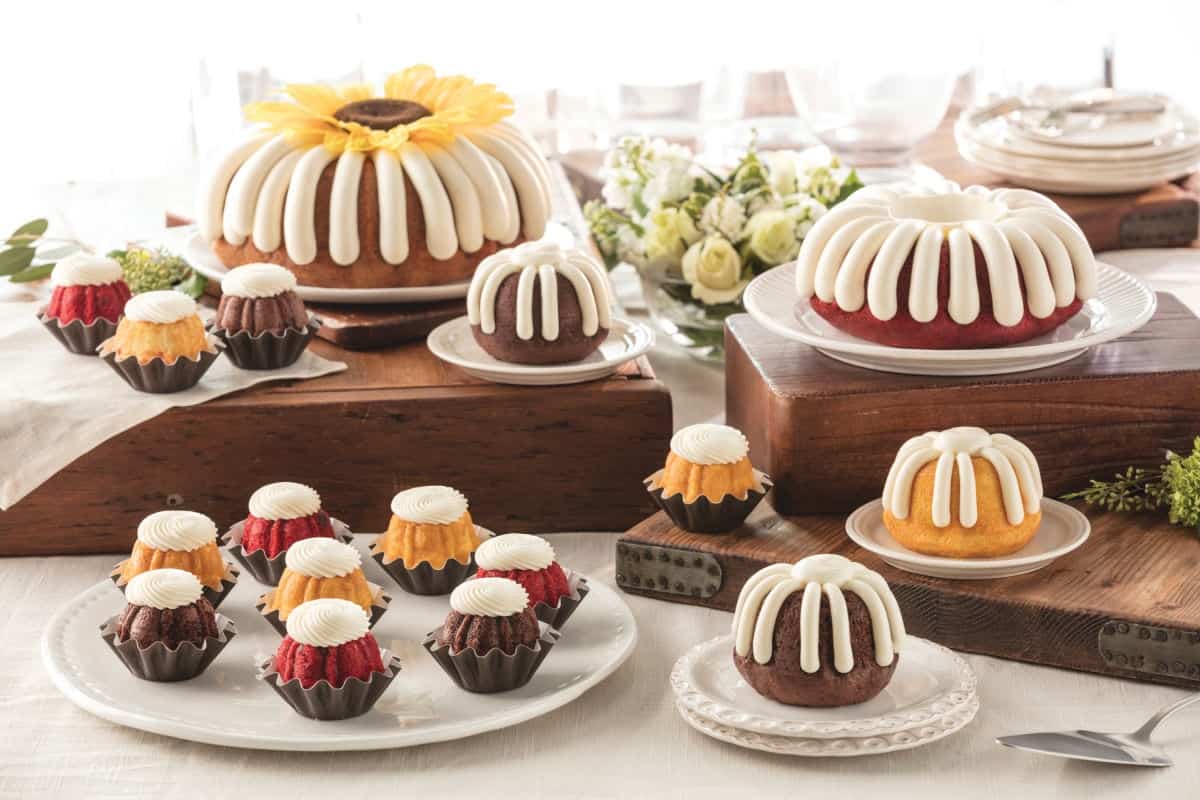 For one new Mississauga bakery, it’s all about cake and nothing but the cakes.

More specifically, it’s Nothing Bundt Cakes, an idea that began between two friends in the U.S. nearly 25 years ago and has now opened its second location in the GTA—at 1900 Fowler Dr., in a small plaza at Erin Mills Pkwy. and the QEW.

The shop, which has been open to customers for a few weeks, holds its official grand opening on Nov. 26, with local politicians and former Toronto Argos’ great Pinball Clemons on hand for the ribbon cutting.

The day doubles as Pinball Clemons Foundation Benefit Day, in which 20 per cent of sales will be donated to the foundation, which provides marginalized youth with educational resources and options to integrate into mainstream society.

One online review from a customer who visited the new shop about a week ago reads: “So good! The cake is so moist and the frosting is just the right sweetness!”

Another customer said they ordered two of the small cakes, pecan praline and lemon, and “…they were both fantastic. Fresh and moist, and the icing was delish.”

From the bakery’s humble beginnings, its founders realized the delicious cakes they had previously been making for their families and friends could be baked on a larger scale, and without compromising on fresh ingredients.

“At Nothing Bundt Cakes, our goal is to bake a cake that not only reminds you of home, but also opens you to a new world,” the bakery’s website says. “And the handcrafted recipes of our founders are more than up to the task.”

And the cakes are offered in eight- and 10-inch sizes as well as larger Tiered Bundt Cakes or the much smaller Bundtlets and Bundtinis (bite-sized treats).

Since its inception in 1997, the chain has spread across the United States. Besides the new Mississauga shop, the only other Nothing Bundt Cakes Ontario location is in Burlington.