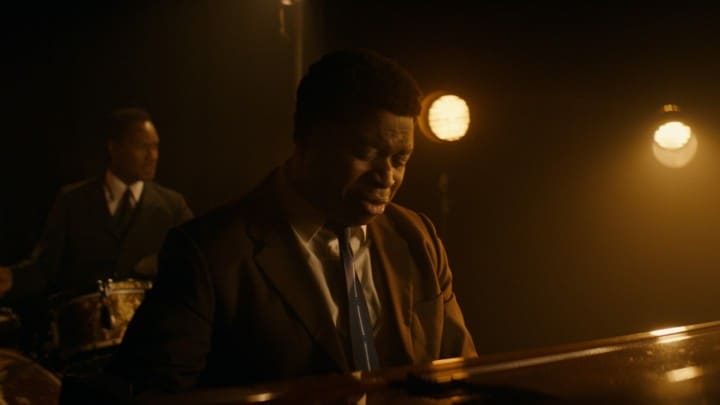 Historica Canada released the newest clip, timed for Black History Month, in its ongoing series that highlights influential figures from across the country.

The minute-long video chronicles the seven-time Grammy winner’s rise from a working-class Montreal family to becoming a world-renowned piano virtuoso.

It touches on his encounters with greatness, such as being dubbed “the man with four hands,” and acknowledges the racism he faced at jazz gigs in the 1940s.

Both the English and French versions of the Heritage Minute are narrated by Black Canadian pianists. Oliver Jones plays the voice of Peterson in the English version while Gregory Charles handles the French.

The Heritage Minute is written by Brynn Byrne and directed by Aaron Yeger, known as co-writer and producer of the acclaimed 2015 film “Sleeping Giant.”

Historica Canada also produced a companion video exploring the history of Little Burgundy, a Black working-class community in Montreal and the jazz culture within it. The separate clip is narrated by Peterson’s daughter Celine Peterson, who was consulted about her father’s Heritage Minute from its inception.

Peterson says her father received many honours throughout his career, but she believes he would be especially proud of seeing his story in a Heritage Minute.

“I think this is one of the ones that would really overwhelm him,” she said.

“People all over the world are familiar with the Heritage Minute, and it’s such a monumental form of recognition.”

Peterson, who serves as producer of the Kensington Market Jazz Festival in Toronto, says the debut of her father’s Heritage Minute during Black History Month is significant.

“A huge part of my dad’s story was racism, first at home and then around the world,” she said, pointing out that it was especially prominent early in his career as he travelled the southern United States.

“He told the story when I was young about driving up on a KKK meeting when they were going from city to city. Hearing him talk about it is still haunting for me today. Maybe even a bit more so now than it was before.”

Peterson’s Heritage Minute is an especially cinematic one, which raises the question of whether his relatives have considered granting the rights for his story to a production company for a feature film.

“In the past, there have been some conversations but nothing that has necessarily been the right fit,” his daughter said.

“Having his story told in that capacity would be natural, to a certain extent. It needs to happen, it’s just a matter of when and by whom.”