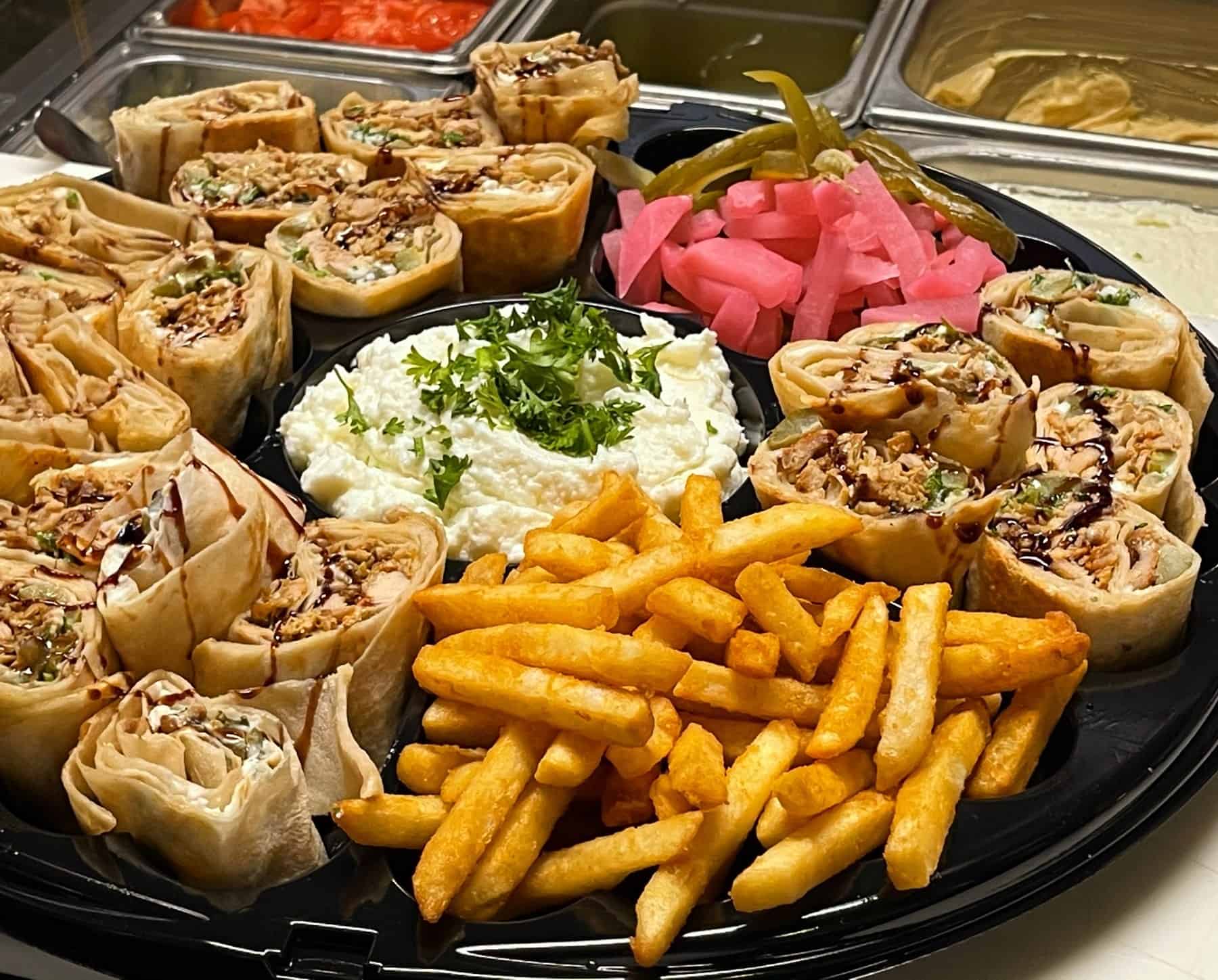 An Ontario-based restaurant chain that serves up traditional Middle Eastern fare celebrated the soft opening of its first Hamilton location in the city’s West End this week.

Tahinis Mediterranean Cuisine will celebrate its grand opening at its location at 1554 Main St. W (formerly a Tim Hortons) later this month on Aug. 29.

The franchise, which started out in London, Ont. in 2018, has grown to at least eight locations throughout Ontario, with plans to see several more open in the GTA in the months ahead.

Since its opening, the restaurant has added locations in Barrie and Whitby, and in the past couple of weeks launched in Etobicoke, Oakville and now Hamilton.

The chain is family-owned and operated, helmed by Aly and Omar Hamam who immigrated from Egypt to Canada during the height of the Arab Spring in 2011.

“We’re super pumped to be in Hamilton,” said Aly in a video posted to social media this week and filmed outside the new west Hamilton restaurant.

“We hope to feed you some amazing shawarmas at our new location.”

ANNOUNCEMENT:
New Hamilton Ontario location (number 8) opening up this week on 1554 Main St W.@jack we kindly request to be verified to show the world what a legitimate business can do when on a sound money standard.
The #Bitcoin Standard.
Help us spread the word further pic.twitter.com/NcXdhMmZLk

Tahinis also went viral in 2020 when news spread that they converted all of the company’s cash reserves into bitcoin, which the company and its CMO, Aly, believe is a more reliable alternative to cash savings.

They believe in the cryptocurrency so much so that several of their locations in London have Bitcoin Kiosks where patrons can come in and purchase one or two for themselves and Tahinis also accept the currency.