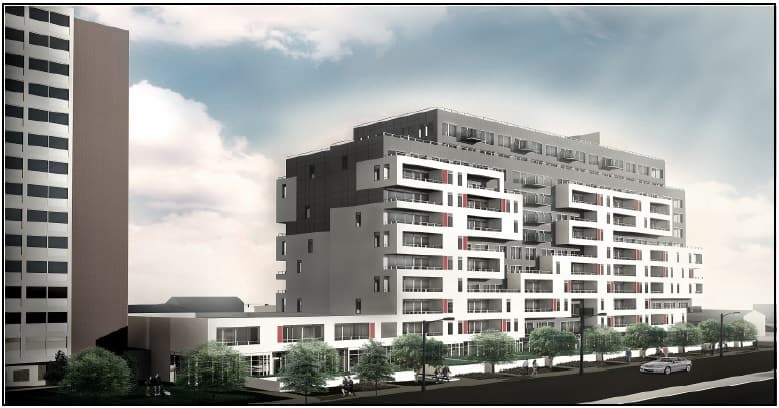 It’s no secret that residential development in Mississauga has been booming these past few years. But while it appears most growth is concentrated around the burgeoning downtown area near the incoming Hurontario LRT, there are signs that more densified residential developments are coming to other parts of the city.

One such area is in the Meadowvale community, where a 12 storey apartment building with 208 rental units is being proposed at the intersection of Glen Erin Drive and Battleford Road. 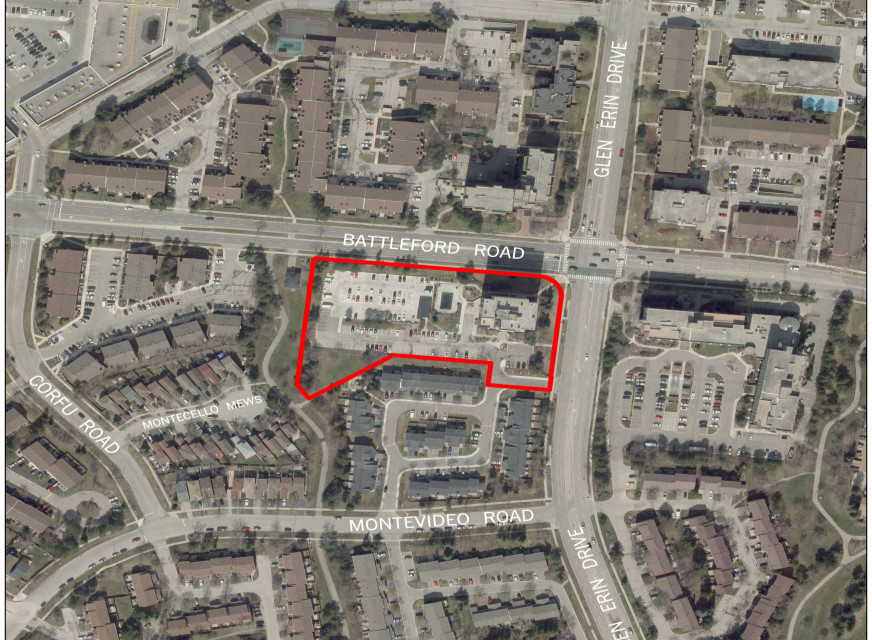 Under the current official plan designation, this site is categorized for residential high density, which permits structures such as apartment dwellings, long-term care dwellings and retirement dwellings.

A proposed official plan amendment is requesting changes to permit the construction of the 12 storey building with 208 rental units and a two storey podium, while the existing building will remain. The application was brought forward by BCIMC Realty Corporation. Below is an artistic rendition of the proposed development: 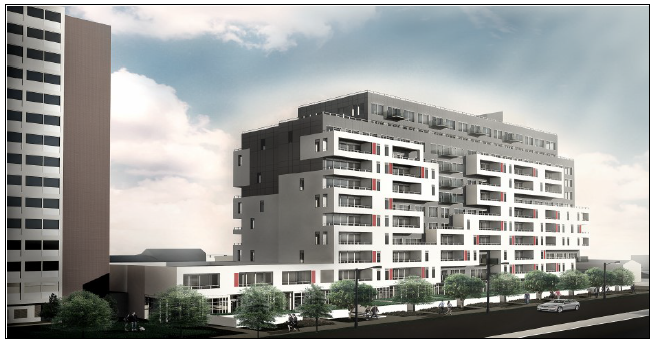 A community meeting was held back in November 21, 2017 by Ward 9 Councillor Pat Saito, and the following concerns were raised by residents about the development:

During the February 5 Planning and Development meeting, Saito said that because the development application lies outside the intensification zone, it would interfere with the current visioning process for the Meadowvale community. 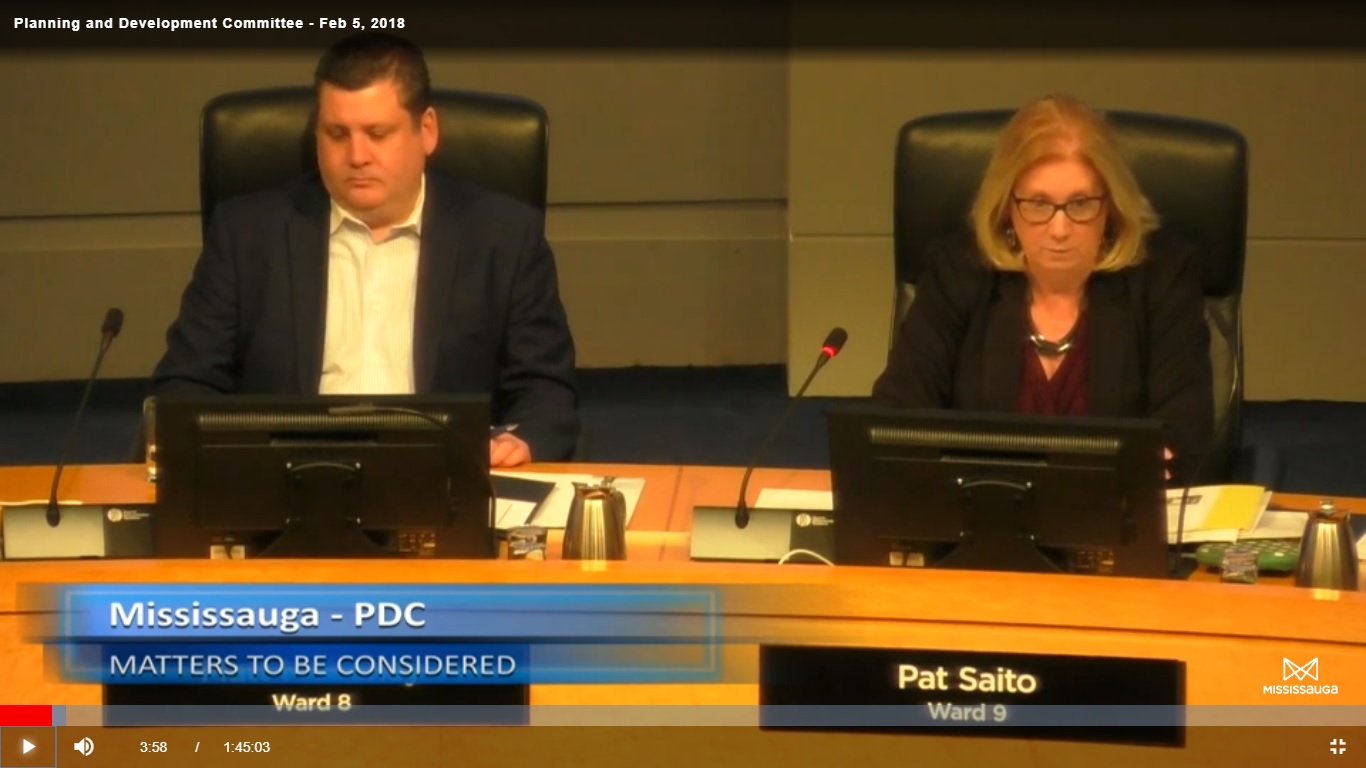 Councillor Saito was reluctant to deal with any applications being put forward by developers, especially with the Reimagining the Mall initiative the city is undertaking. This visioning process allocated certain numbers for the Meadowvale Town Centre, but that process has been affected by the number of units being proposed by developments.

The eventual goal of having the mall area act as an intensification node with transit connectivity, according to Saito, is negatively impacted by development applications around the area. In response to how managing that visioning process squares up with the “negative impacts” by developments, Planning Commissioner Ed Sajecki said the world moves on while these studies are being done, and that there’s no ‘freeze’ on development being suggested. 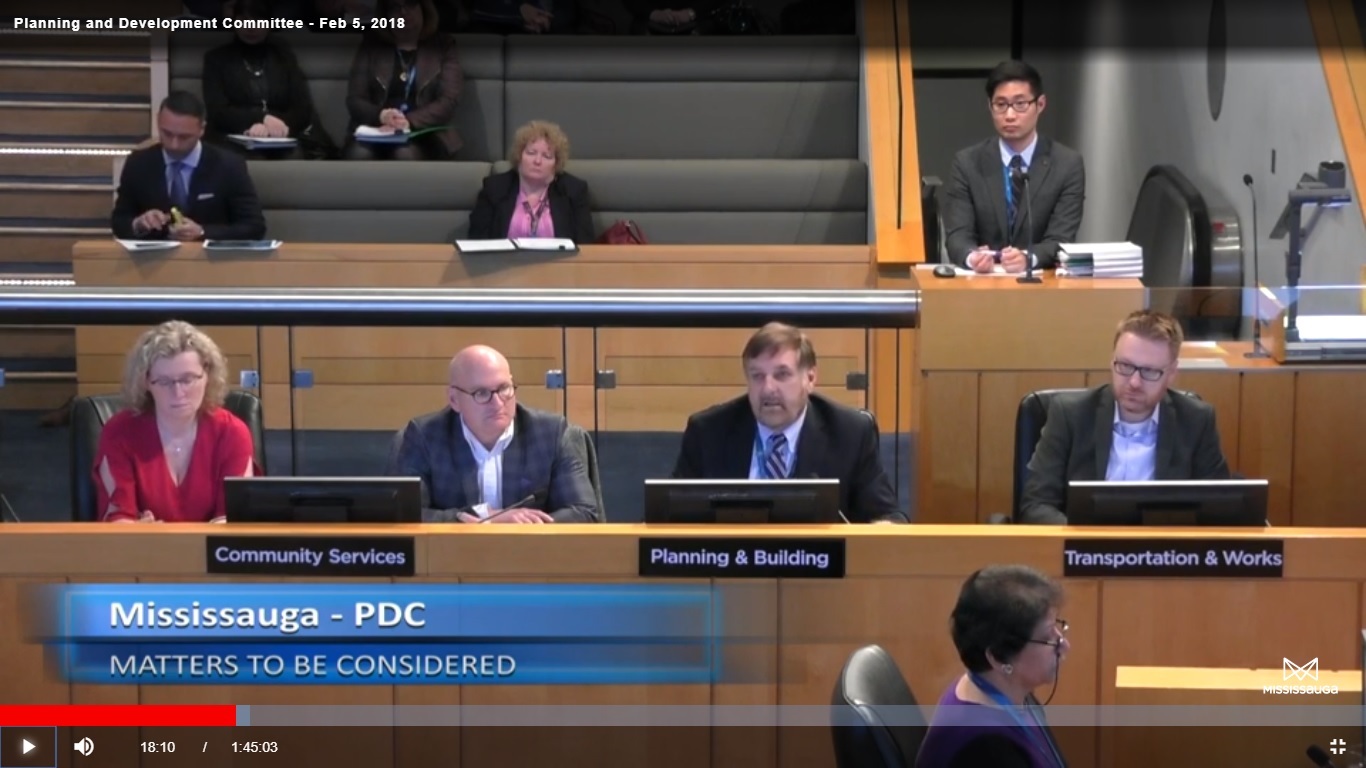 The report received was meant to provide information only, and nothing has been finalized. In an email to insauga.com, Councillor Saito said there are no plans to hold another meeting as most of the concerns have been presented, but she will continue to share information in her newsletter, website and social media accounts.

But her overall concern is that in an area like Meadowvale, if density gets used up by new developments around the mall, there isn’t much left for the redevelopment of the mall area into something more urban.

It’s an interesting clash of interests between communities, the developers and mall owners looking to respond to market demands. The giant malls aren’t helping much in the way of steering Mississauga towards ‘proper’ development either, quipped Ward 7 Councillor Nando Iannnicca.

“Perhaps you would need to ‘knock these things (the malls) down and start over,” he quipped during the same meeting, adding that most world-class cities are vibrant and walkable and not built around malls in the first place.

What do you think of the new development being proposed for Meadowvale?