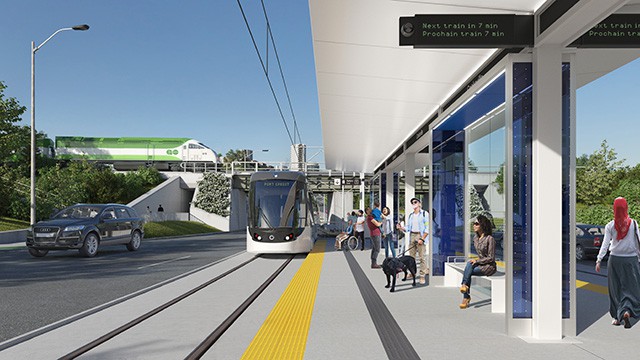 Despite disruptions caused by the COVID-19 pandemic, one of Brampton and Mississauga’s most significant transit projects is moving forward.

If you regularly commute down Hurontario/Main Street, you should note that some delays are possible due to the ongoing construction of the Hurontario LRT project.

Initially, it was slated to run 20 km and feature 22 stops, but Metrolinx recently announced it was chopping the City Centre loop in Mississauga to reduce costs.

Utility relocation on Hurontario from Matheson Boulevard to Highway 407 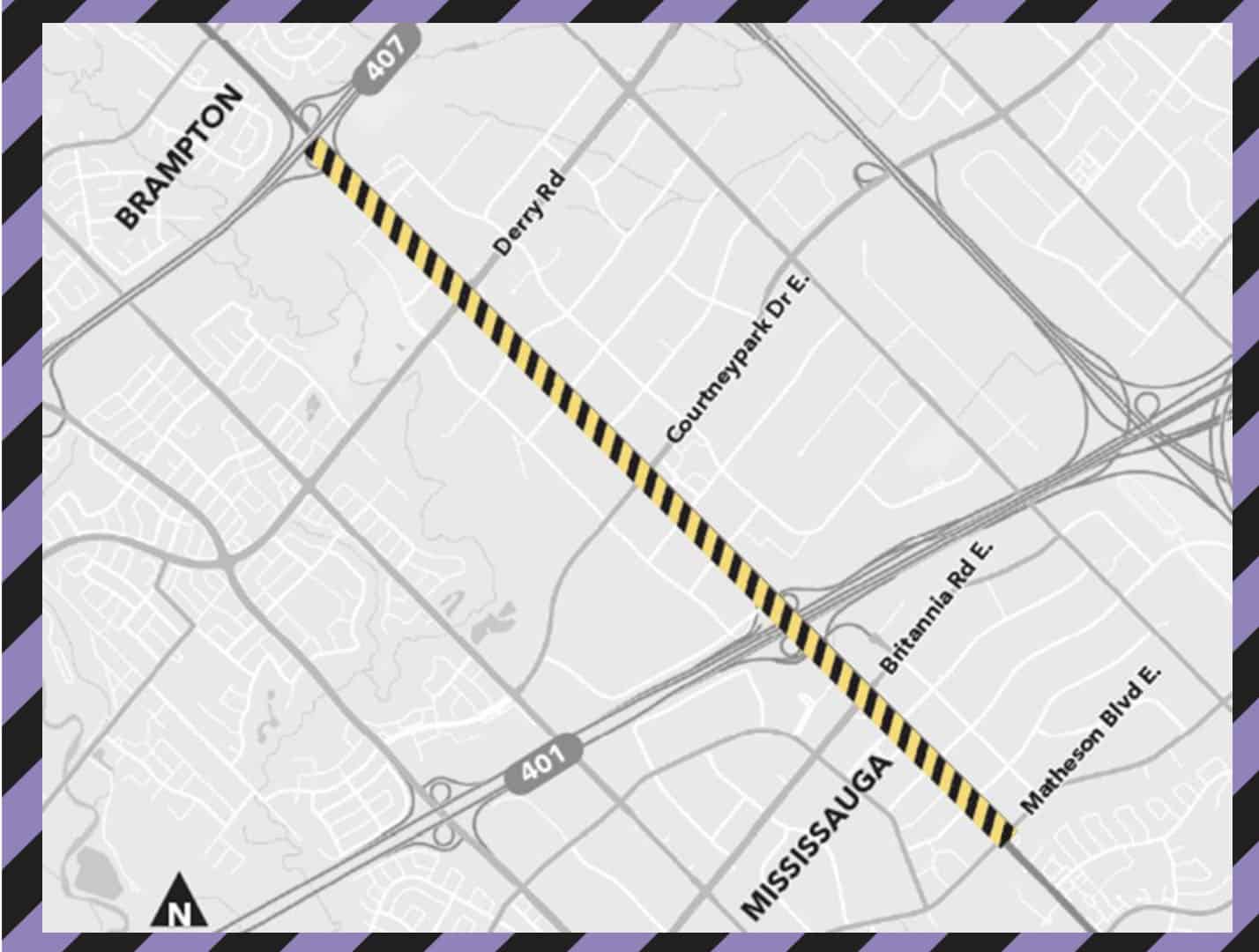 Metrolinx says that to accommodate construction of the Hurontario LRT, new watermain, storm and sanitary systems will need to be installed, adding that Alectra and telecommunication infrastructure will also need to be relocated on Hurontario Street.

The work is scheduled to start in mid-September and will last approximately one year. While most work will be done during the workweek, night shifts and weekend work may be scheduled as needed.

Drivers should note that lane reductions will be required on Hurontario between Matheson Blvd. and Highway 407 in Mississauga. Traffic delays are expected and temporary traffic signals will be installed. Metrolinx says residents and businesses near the work site can expect to hear noise caused by trucks, excavators, backhoes, and other construction equipment.

Transit users should note that MiWay, Züm, and Brampton Transit will continue to operate with regular service, but due to lane reductions along Hurontario Street, delays can be expected on Brampton Transit routes 2,6, 7, Züm route 502 and MiWay routes 17,25,39,42,43,57,70, 103 and 104.

Riders should watch for additional signs directing passengers at bus stops as boarding areas will be relocated, Metrolinx says.

A temporary pedestrian pathway will be provided to access the boarding areas.

Metrolinx says pedestrians should take care when travelling near construction areas, as sidewalk access in the area could be affected and detours may be required.

“Clear and defined walking paths will be maintained during construction to ensure pedestrian safety,” Metrolinx says. 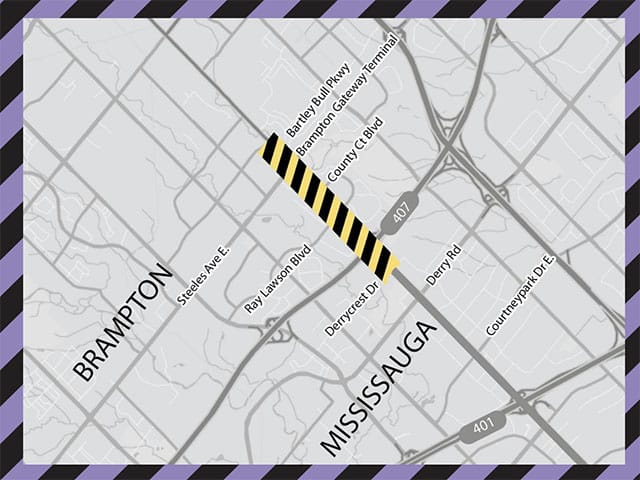 To prepare for the construction of the LRT, crews will remove existing medians along Hurontario Street/Main Street between Derrycrest Drive in Mississauga and Bartley Bull Parkway in Brampton. This work will require the removal of trees located within the median (407 North ramp to Ray Lawson Boulevard and Sir Lou Drive to Bartley Bull Parkway).

Metrolinx says the removal and replacement of trees will follow all City of Brampton guidelines.

Once medians have been removed, the area will be converted to a roadway, reducing the number of lane reductions required during major construction.

Metrolinx says the work is scheduled to start in late August 2020 and will be completed in approximately one-and-a-half months.

Commuters should note that lane reductions will be required on Hurontario between Kingsway Drive and Bartley Bull Parkway and that some traffic delays are expected.

Transit riders should note that MiWay, GO Transit and Brampton Transit will continue to operate with regular service, but due to lane reductions along Hurontario, delays can be expected on Brampton Transit routes 2, 54, 56 & 502 and MiWay route 103. Potential minor delays to other routes at Gateway Terminal can also be expected, Metrolinx says.

Metrolinx says pedestrians should take care when travelling near construction areas, but notes that there will be no impact on sidewalks during this construction.