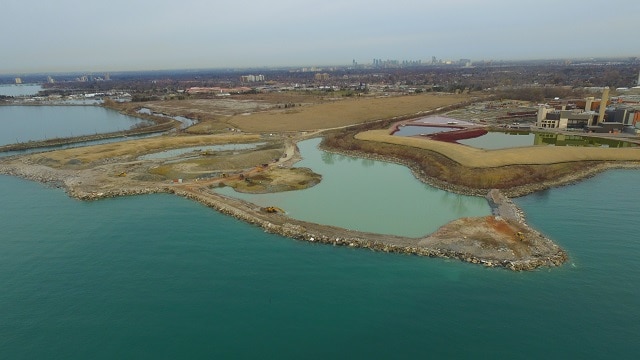 Nearly five months after his passing, Mississauga is set to commemorate former City Councillor Jim Tovey in a big way.

In a recent statement from Credit Valley Conservation (CVC), the organization says its newest conservation area — being constructed along the Mississauga waterfront — will be named in Tovey’s honour.

The announcement came on Saturday (June 2) during a celebration of Tovey’s life and legacy, which was held at the Small Arms Inspection Building on Lakeshore Road East.

His unique connections with Peel, the CVC, and the Toronto and Region Conservation Authority are said to have brought these organizations to partner on the development of the Lakeview Waterfront Connection — a new 26-hectare waterfront conservation area in the Lakeview community.

“Jim imagined a different path forward for the Lakeview waterfront, where residents can enjoy the waterfront experience and the natural environment can thrive,” said Nando Iannicca, Chair of Credit Valley Conservation and Mississauga Ward 7 Councillor.

“Naming the conservation area in his honour was a unanimous decision by Credit Valley Conservation’s Board of Directors, recognizing Jim’s pivotal role in this project. It is our way of saying thank you and honouring his legacy forever.”

According to the CVC, the project will transform a currently degraded section of the shore into a beautiful, naturalized conservation area — expected to become a hub for waterfront recreation and a hotspot for wildlife migration.

It will boast 12 hectares of meadow, five hectares of forest, eight hectares of wetland and one hectare of cobble beach. Together, these connected habitats make up a complete coastal ecosystem, capable of supporting a wide variety of local fish and wildlife, as well as migrating birds. “When we lost Jim, we lost a friend, a visionary and one of our strongest advocates for the environment. He refused to let barriers get in the way of making a difference,” said Maria Augimeri, Chair of Toronto and Region Conservation Authority and Councillor for Toronto Ward 9.

“His legacy will live on forever on the Mississauga waterfront.”

More information on the development of this project can be seen by visiting lakeviewwaterfrontconnection.ca.