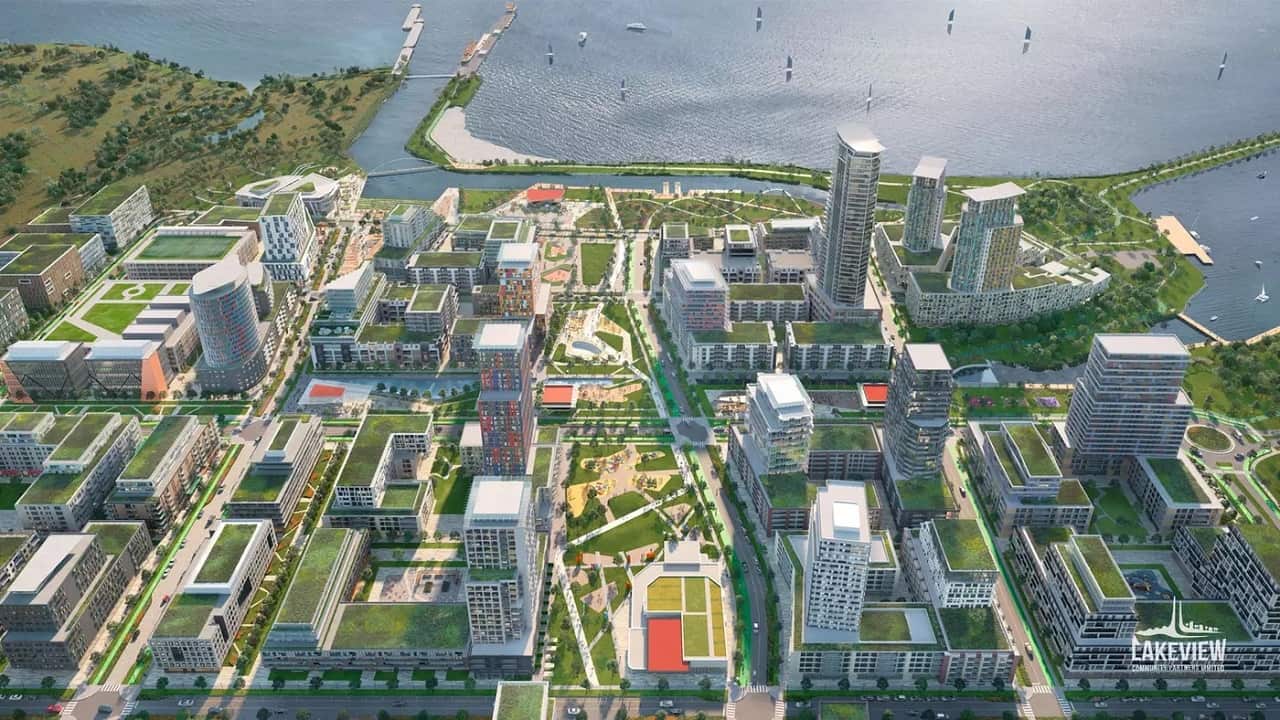 A much-anticipated new community in southeast Mississauga that has received international attention promises to bring more than 8,000 new homes and some 9,000 long-term jobs to the city.

Lakeview Village, a 177-acre mixed-use waterfront project to be built where the Lakeview Generating Station once stood, will feature a state-of-the-art innovation district that aims to become “the largest hub for technology, innovation and research in Canada,” according to the developers.

In highlighting ongoing work at the site, Lakeview Community Partners Limited (LCPL) said this week the ambitious project will serve as a model for sustainable mixed-use developments across the country.

In short, the developer says, it will be a “smart, future-ready city” that will be important to the economic recovery of Mississauga and areas beyond as it promises to draw and keep, in partnership with the City of Mississauga’s Economic Development Office, 9,000 long-term jobs in “higher-paying, knowledge-based sectors.”

Additionally, 8,050 new units of diverse housing are in the works for Lakeview Village, which was featured in a Bloomberg News article in 2019.

When the massive development will be open for business, and ready to have people move in, isn’t yet known. 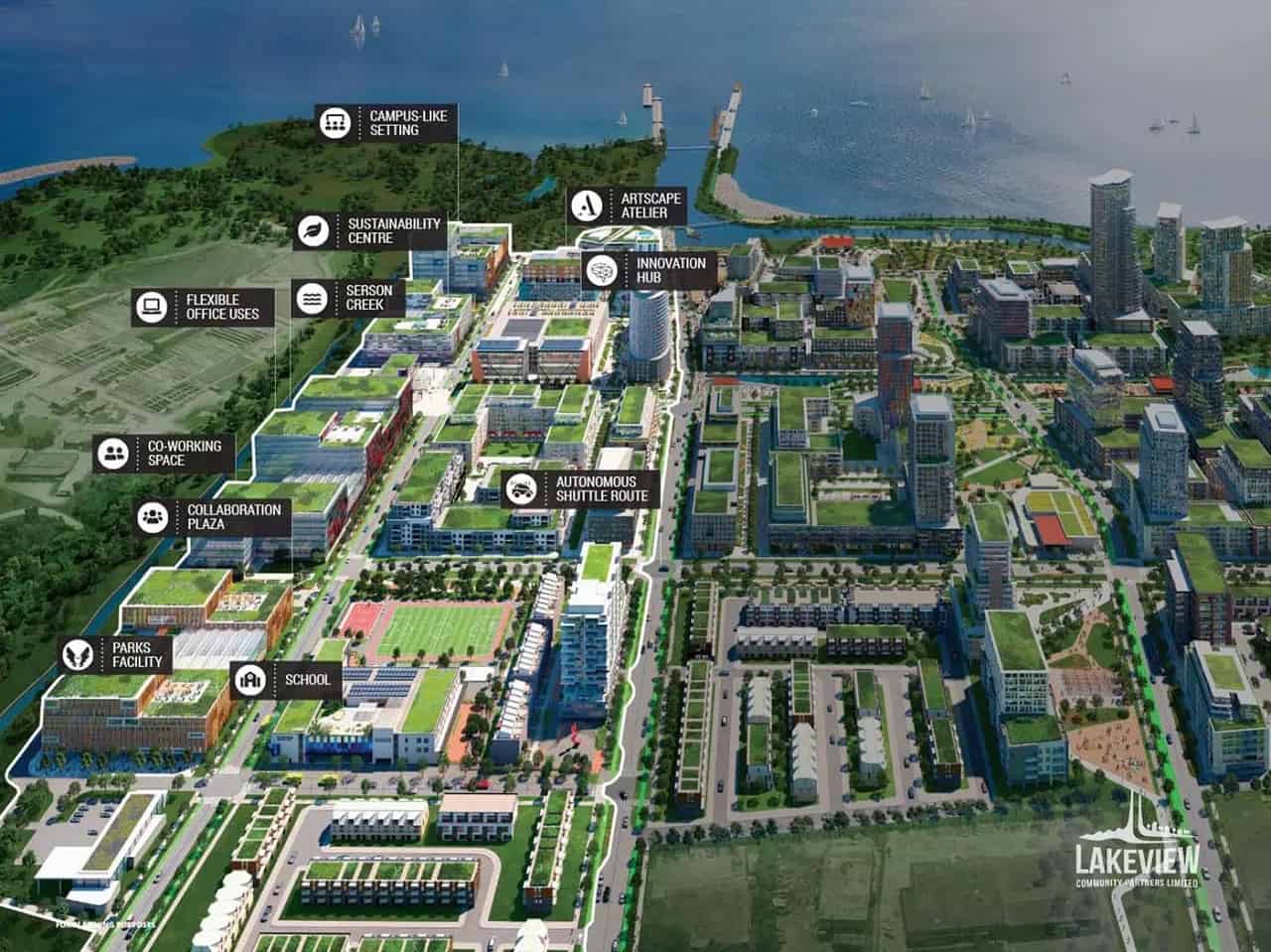 LCPL says that what it calls the Lakeview Innovation District will be centrally located within the region’s larger innovation corridor and integrated into the broader Lakeview Village community.

Furthermore, it has the potential to compete alongside the top technology hubs in the world, the developers say.

“With flexible office space, co-working space and state-of-the-art facilities, the Innovation District is not only integral to our vision for the future of the community, but a critically important element that supports the growing city of Mississauga, the broader region and Canada at large,” he said. “The Innovation District is deeply important to Mississauga’s economic recovery and future prosperity. It will stimulate the economy and bring meaningful new employment opportunities, positioning Mississauga as a competitive, global hub for business, right on the waterfront.”

LCPL adds that as a central hub for research, the Innovation District will stimulate a thriving business community that attracts and retains a diverse pool of talent, creating an environment for people to develop cutting-edge solutions that drive global change. It will also be an attractive hub for inventors and academics to conduct research while enabling potential partnerships with post-secondary and environmental institutions, developers note.

The site is well-connected to major roads and highways, with Lakeshore Rd. E. forming the north boundary of the community. The area also boasts convenient access to both the QEW and Hwy. 427.