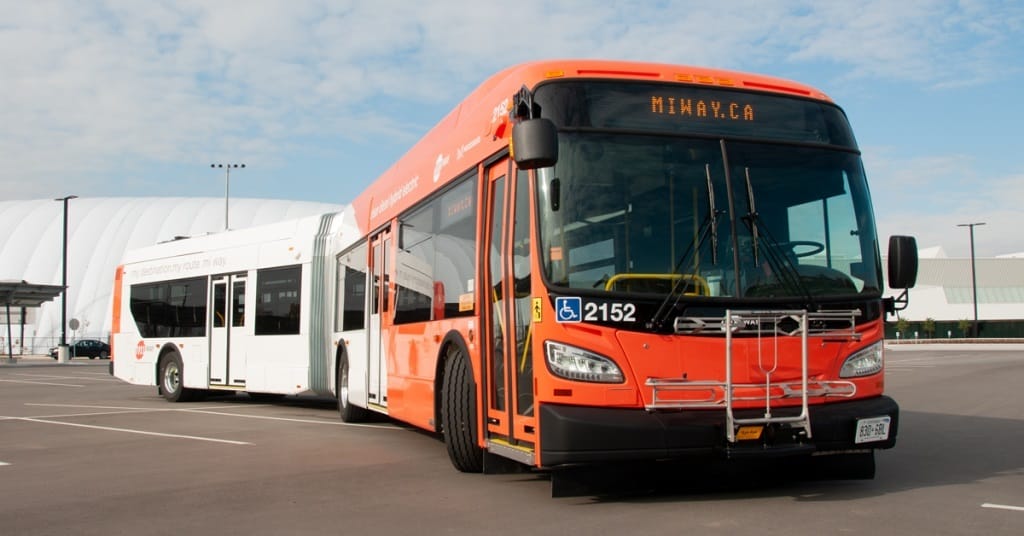 MiWay riders will get around Mississauga faster and easier in the new year as the city’s public transit provider will add new bus routes and improve existing ones.

Officials with MiWay say a host of service improvements are set to take effect on Jan. 2.

Topping the list is the new Route 99 College Shuttle, which will provide non-stop service from Sheridan College in Brampton (Davis Campus) to the City Centre Transit Terminal at Square One.

The new shuttle will not make any other stops along that route, City of Mississauga transit officials say.

MiWay is also implementing a number of service increases on weekdays for selected routes in addition to other improvements.

MiWay is also making a number of schedule adjustments on some routes to improve service reliability as traffic and ridership patterns continue to evolve throughout the city, officials say.

In addition to the routes listed below, Mississauga’s transit provider says it constantly monitors ridership patterns and will make additional adjustments as needed.

The following bus routes will be adjusted effective Jan. 2:

Looking further ahead in the new year, MiWay says its buses will operate on a holiday schedule on Family Day, which falls on Feb. 20.

Additionally on Family Day, routes 4 Sherway Gardens and 17 Hurontario will run at reduced frequency while routes 28 Confederation, 35 Eglinton, 46 Tenth Line-Osprey and 48 Erin Mills won’t operate at all due to low customer demand.