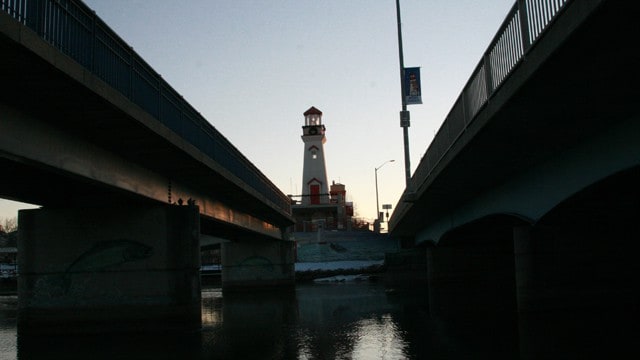 The federal, provincial and municipal governments are working to fund 12 new transit projects in Mississauga, including a new Bus Rapid Transit (BRT) corridor on Lakeshore Rd.

On Jan. 21, a number of federal, provincial and municipal leaders announced funding for a dozen projects that will “modernize and improve public transit in Mississauga.”

Catherine McKenna, Minister of Infrastructure and Communities, announced that the federal government is investing more than $62 million in 12 projects through the Public Transit Infrastructure Stream (PTIS) of the Investing in Canada plan.

All transit buses will receive upgrades to their video monitoring and scheduling systems.

“Investing in Mississauga public transit is an essential part of growing an economy and community where people can move around in cheaper, cleaner and faster ways,” McKenna said in a statement.

“The Government of Canada is providing more than $62 million to support 12 new projects that promote jobs and investment while improving the public transit experience in Mississauga, including new stations, refurbished buses and a bus rapid transit corridor.

The biggest announcement revolved around the construction of a dedicated two-way BRT corridor on Lakeshore Road with three new stations between East Avenue and Deta Road. The project will also feature separated bike lanes and sidewalks.

The BRT projected is projected to cost over $55 million, with the city contributing more than $15 million.

Rudy Cuzzetto, Parliamentary Assistant to the President of the Treasury Board and Mississauga—Lakeshore MPP said that the BRT will support the growing population along the Lakeshore Road corridor, adding that the city’s Brightwater and Lakeview Village projects are set to welcome tens of thousands of new residents over the coming years.

“This is a great day for Mississauga, and I want to thank the federal government for making these important investments in our community. Upgrades to our MiWay fleet of buses, shelter improvements and the new Bus Rapid Transit corridor will create more efficiency and reliability in our system and ensure Mississauga residents have even more options to get around the Region and beyond,” Crombie said, also telling reporters that investments are necessary to support population growth in the city of over 700,000 people.

Crombie that Mississauga’s population is expected to surpass 900,000 residents in the not-too-distant future.

“We also know that an integrated transit system is essential to creating complete communities and building our economy. MiWay is what truly keeps Mississauga moving, and these new investments go a long way in helping us create an even stronger public transit system.”