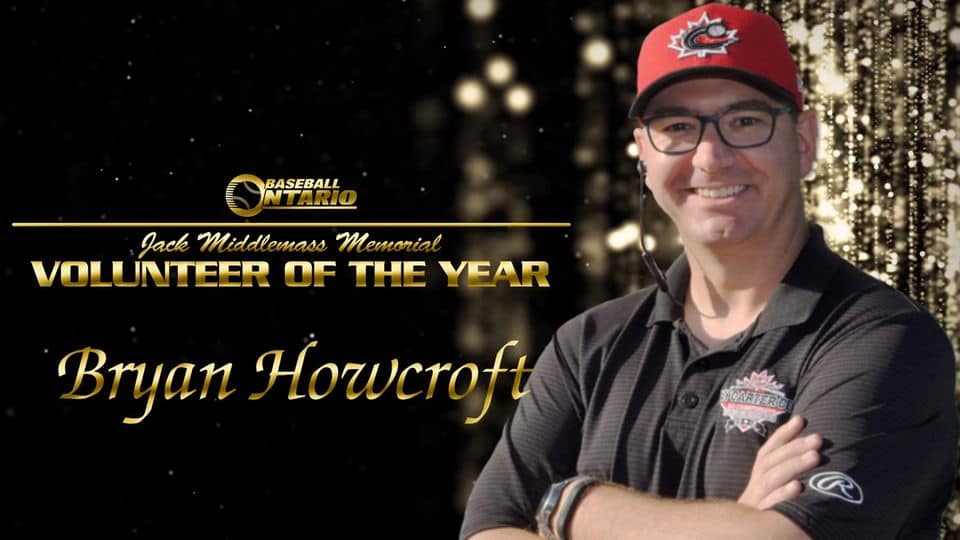 Incoming Baseball Oshawa President Bryan Howcroft has been given the Jack Middlemass Memorial Volunteer of the Year award from Baseball Ontario.

Howcroft also takes over as Baseball Oshawa’s new president, taking the reins from Ken Babcock, a name synonymous with baseball in Oshawa.

Babcock, the Director of Athletics at Durham College and an Oshawa Sports Hall of Fame inductee (2019), has coached Oshawa ball teams for 17 years and served as President of Baseball Oshawa for the past ten years. He has left behind some pretty big shoes to fill but judging by Howcroft’s track record in his four years on the board, the association is in good hands.

As treasurer, Howcroft helped steer Baseball Oshawa through the pandemic and was able to secure three significant grants this year to get the organization back on solid footing.

Howcroft is a coach, umpire and tireless volunteer and runs and assists with learn-to-play clinics, mentors young umpires and spends most nights at the ballpark during the summer season.

His wife, Lisa, is also a board member as the secretary and has been a driving force as the house league director. The couple also helped create the COVID-19 protocols when play resumed to keep the kids safe.