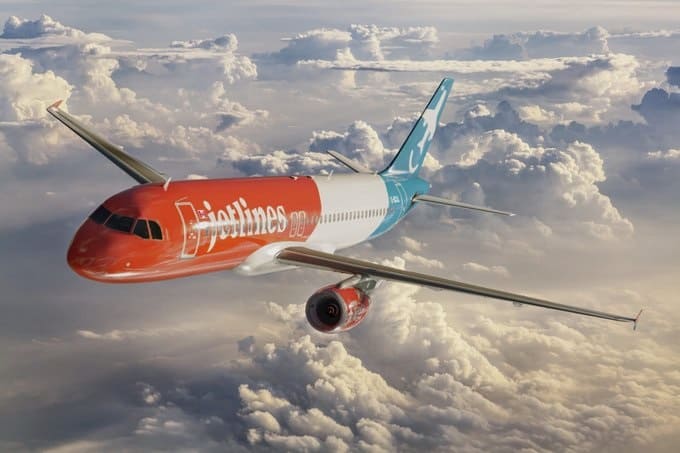 A new airline based at Pearson Airport in Mississauga is making its inaugural flight to Vancouver today (Dec. 9).

Canada Jetlines, whose first flight ever took off from Pearson on Sept. 22 bound for Calgary, begins Airbus A320 Mississauga to Vancouver service twice weekly starting today, the fledgling low-cost leisure carrier said in a news release.

The carrier is providing direct roundtrip service between the two cities. The new route will provide a convenient schedule for leisure travel, creating more accessible flight options within Canada and connecting the lower mainland of B.C. and southern Ontario, company officials said.

“We look forward to expanding our services into Vancouver ahead of the upcoming holiday travel season,” said Canada Jetlines president and CEO Eddy Doyle. “As Canada Jetlines aims to provide travellers with more options, we’re excited to bring the country’s newest leisure airline to Vancouver.”

The new airline added a second Airbus A320 aircraft to its fleet on Nov. 30.

“The Airbus A320 is a fuel-efficient, narrow-body framework that supports a high-density seat configuration. Canada Jetlines…will be using the aircraft to expand its network in time for the upcoming winter travel season,” Doyle said earlier.

Operating simply as Jetlines, the new airline plans to add a third Airbus A320 in 2023.

It took almost 10 years, but Canada Jetlines finally got its inaugural flight off the ground at Pearson on Sept. 22

After two postponements in August, just the latest hurdles to face the new low-cost carrier, the Canadian startup airline was able to make good on the September flight.

The carrier had planned to begin flying travellers to a host of Canadian cities and popular vacation destinations starting first on Aug. 15 and then on Aug. 29.

However, company officials cited regulatory and licensing challenges as the reason behind the delays. But that hurdle was cleared in time for the inaugural Sept. 22 flight.

Beyond Calgary and Vancouver, Jetlines plans to eventually offer service to various U.S. locations, the Caribbean and Mexico in addition to other Canadian cities.

The airline announced in April of this year that Pearson would serve as its primary travel hub. A month earlier, it reported that it had cleared another hurdle in getting off the ground this year.

Canada Jetlines initially formed in 2013, but it had trouble getting planes into the air until this year.