In one of my previous articles, I lamented a run-down former restaurant along Dundas Street east of Hurontario that could have had better uses besides sitting empty as an example of urban blight. Perhaps it could have been a new location for the Cooksville Library (which is currently ensconced in a drab, greying plaza). Maybe a community space like Studio 89 could use it, or maybe it could have been the location of another restaurant providing some culinary delights along a Dundas corridor slated for revitalization.

But following a familiar pattern of the urbanization and revitalization in the Cooksville neighbourhood, a developer called Higher Living Developments Inc has submitted an application to build a new condominium on 86 and 90 Dundas Street East, where it is the aforementioned former restaurant and a used car lot sit. To give you a general idea of what this land is like now, here is a picture of the current site.

Here is a bird’s eye view of this plot of land. Eighty-six is where the used car lot is, and 90 is the former restaurant: 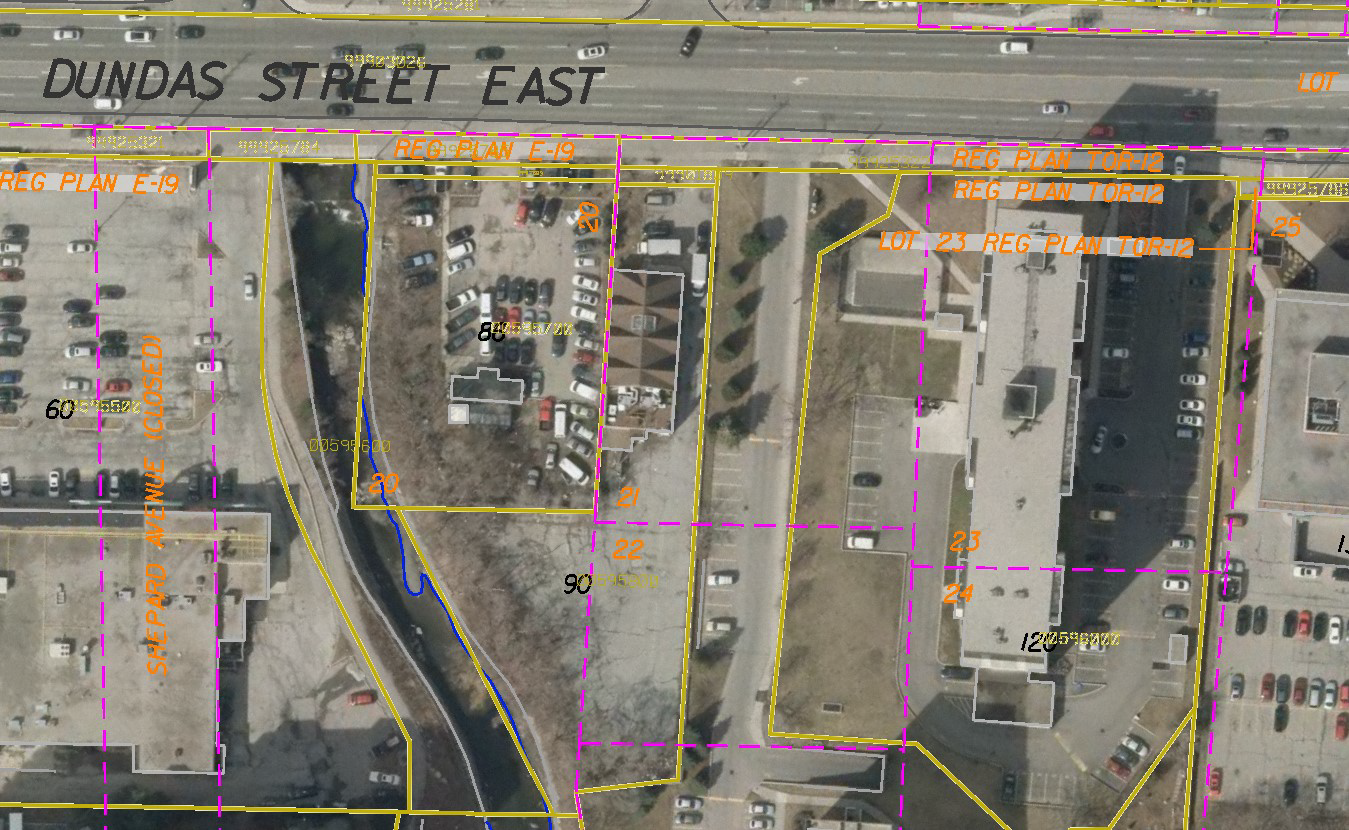 And this is what is being proposed, as presented at this week’s Planning and Development Committee (PDC): 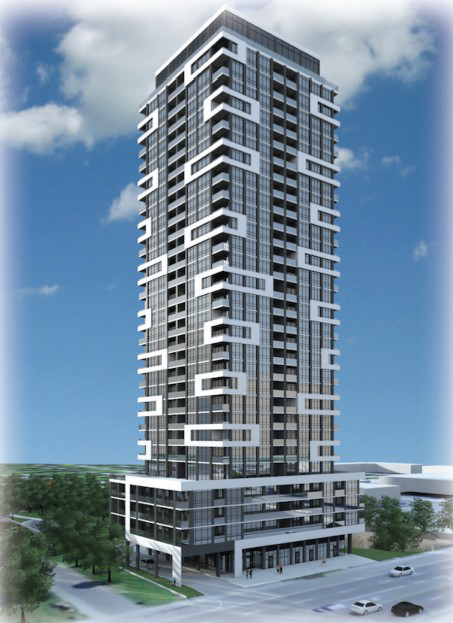 According to the report, the application is requesting permission to construct a 29 storey apartment building with 300 units. The building includes a three storey podium containing 388.3 m2 (4,179.6 ft2) of retail and/or office commercial uses on the ground floor and residential units on the second and third floors.

A community meeting was held by Ward 7 Councillor Nando Iannicca on March 27, 2017. According to Iannicca, letters were sent to nearby residents informing them of the meeting, but the only comments came from two members of the public who attended. This was the summation of their comments:

When it comes to communicating with people, I wonder if Iannicca might find it easier to draw crowds if he uses other methods, such as an email blast or a robocall. Also, perhaps posting a notice online or on a social media account would be a more efficient way to inform residents who are tech savvy.

People have never been more tech savvy, so residents might learn about these initiatives if they’re promoted on a more modern platform.

The PDC meeting (which can be seen here) sought to address some concerns about this proposed condominium, because of course there are always concerns when these kind of development applications come forward:

In case you couldn’t tell, the issue of the underground parking lot being too close to a flood plain raised some eyebrows. Councillor Karen Ras said that as flooding is huge issue in that area, she had no idea how the developer plans to resolve the problem, as it would be a concern for future homebuyers. Councillor Jim Tovey asked for clarification on the suggestion that the underground parking lot be literally located under the Cooksville Creek.

The architect on the project responded that the garage does not go underneath the creek, but is occupying (or encroaching) only the 10m setback portion. The architect said the firm has done this before, having a required 10m setback as in previous projects. The architect also said that the Credit Valley Conservation Authority (CVC) would be consulted to ensure that environmental standards were being met.

There were two questions from a gentlemen named Doug Kwan, a lawyer working at Mississauga Community Legal Services, as to whether this building is an apartment building or a condominium and how did the building match up with Mississauga’s affordable housing strategy. In the interest of full disclosure, Mr. Kwan is also a member of Mayor Crombie’s Homelessness and Poverty Advisory Board.

Councillor Iannicca provided this response, in which he said the Planning Act does not require any addressing of the issue regarding affordable housing:

In response to Kwan’s question regarding whether this building is a condo or an apartment building, the developer said that decision has not yet been made on the tenure of the building, so basically no additional information can be provided, as this is really an initial introduction of this application and that future meetings will iron out more details and resolve outstanding issues.

In all honesty, anything rather than literally nothing is a better option for this piece of land. I have driven by it many times over the years when I’m around Cooksville and it’s an absolute eyesore. The old restaurant even had its address number painted on the front in an ugly yellow, not to mention the windows were all boarded up. I thought I lived in Mississauga, not Detroit.

At least this 29 storey condo has an exterior with more of a tradition grid pattern that’s easier on one’s vision, vastly different than another condominium going up in Cooksville that has lines criss crossing through each other, like a maze. Having anything on this land, even if it happens to be another condominium, is better than nothing at all.

A new BBQ restaurant is coming to Mississauga
We are always happy to see new and unique restaurants popping up around the city and foodies can agree that Mississauga is where the food scene is at.
END_OF_DOCUMENT_TOKEN_TO_BE_REPLACED