A cute but startling discovery was recently made when a litter of baby raccoons was found inside a shed in Mississauga.

Toronto-based wildlife removal company Gates Wildlife says they discovered their first baby raccoon litter of the year in Mississauga on Thursday, January 20th — a whole month earlier than they’ve ever seen in their 37-year history. 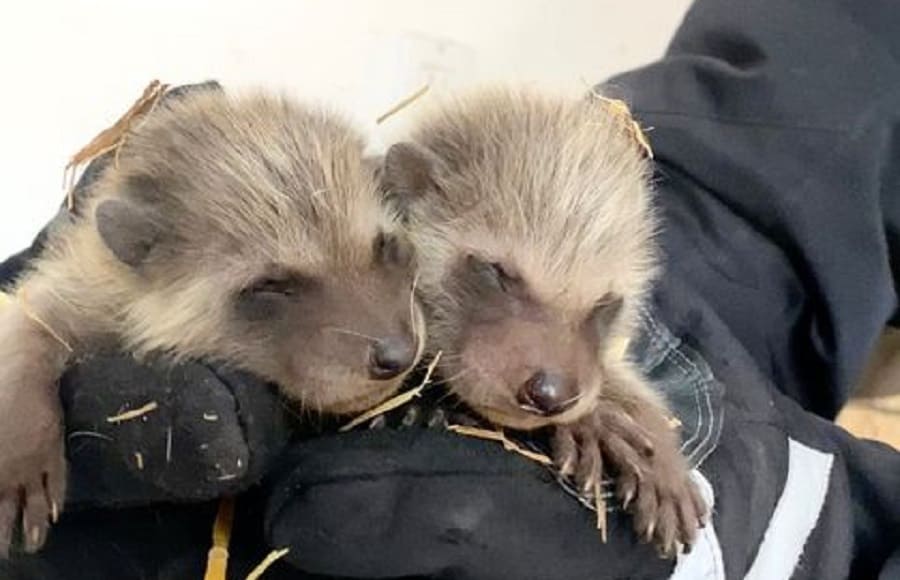 According to Gates Wildlife, mother raccoons typically mate in January and give birth to their babies in attics, chimneys and sheds in the months of March, April and May.

Until earlier this week, the company had never come across baby raccoons this early in the year.

“This mother raccoon moved into a shed that was set up to house feral cats during the cold winter. The homeowner reported noticing that the feral cats that were living in the shed had moved out and into a much smaller container on the picnic table in her backyard, which she thought was odd,” said Gates Wildlife, which specializes in the humane removal of wildlife from peoples’ homes.

“She suspected that another animal had moved into the shed, forcing the cats to move out.”

One of the company’s technicians entered the shed and opened the insulated feral cat box to discover two one-week-old baby raccoons snuggled inside. 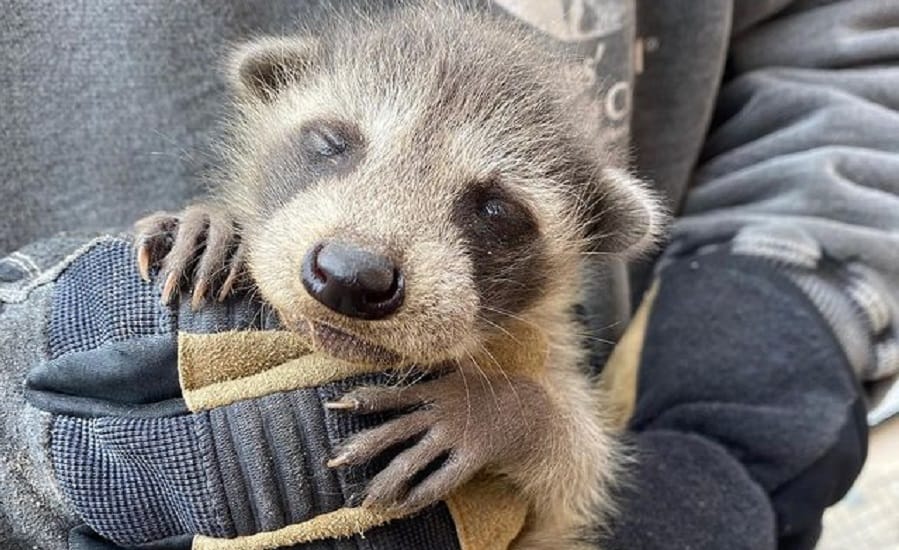 “With the outside temperatures being so cold we decided, with the homeowner’s blessing, that it would be best to leave the mother and her babies alone,” said Gates Wildlife. “Hopefully she will decide to move out on her own when the weather warms up.”

The company cites the warm, above-seasonal temperatures we had back in November as the reason for the baby raccoon discovery, as the mother raccoon would have had to mate in November in order to give birth to her babies this early in the year.

Now, prompted by the shocking discovery, the company’s technicians are on the lookout for any other baby raccoons who may have been born unusually early in the year.

“Although it is extremely early to be discovering litters of baby raccoons, there could still be more raccoons that mated back in November,” said Gates Wildlife.