Neighbours making a lot of noise about Oshawa Executive Airport 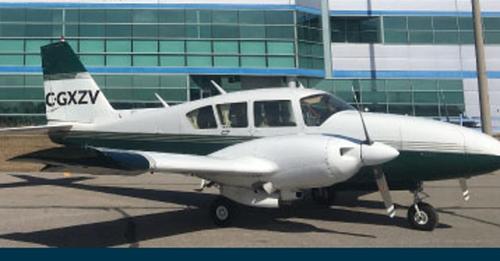 Not everyone loves airports and the Oshawa Executive Airport – which has been around for 70 years and will be around for at least another dozen (and probably 14 more after that) – has more than its fair share of detractors, with noise complaints rising from about 50 per year in the early part of this century to more than 300 this year alone.

Flights have also increased during that time but not at the same rate – from 61,000 annually to 80,000 – leading some to wonder if airport neighbours did their due diligence before buying a home near active runways.

Jeff Davis, an active participant in civic issues for many years, put the blame on the rise of noise complaints on the City – citing poor planning to allow neighbourhoods to be built so close to the airport – and on the backs of the complainers for not realizing what they were getting into when they purchased their homes.

“All of those houses required planning approval AFTER the airport and long term operating agreement were signed. Despite that all of those current homeowners knew the airport was there before they bought,” he said. “Maybe we should but in a special land transfer tax so that all homes in the area of the airport pay half of their capital gains to an airport fund. Because this is all about greedy property owners looking to cash in on home values.”

“The complainers are keeping the airport from being an economic driver, forcing the airport to concentrate on comment mitigation rather than fiscally responsible operating decisions.”

Complaints traditionally spike in the summer months but this year’s record number of complaints began occurring in March.

The City hosted the Oshawa Executive Airport Noise Abatement Workshop recently to hear from residents and airport users and to hear from the consultant hired to try to find a solution to the issue both sides can live with. Adam Martin, a commercial pilot and former Noise Manager at Pearson International Airport, reported a few key themes from his study:

There is truth to all those concerns expressed by the public, the report acknowledged, and there are procedures in place to mitigate those concerns.

(‘Voluntary’ in this context means a pilot not in compliance with the procedures will not be charged or fined.)

Oshawa Mayor Dan Carter wrote a letter to federal Transport Minister Omar Alghabra in June asking that the noise and traffic management plan be made mandatory, declaring that the voluntary plan is no longer “an effective means of limiting the effects of flight training activity on the residential areas,” noting that the plan is compounded because the two Oshawa-based flight “have declined to provide any further reductions in aircraft activity or hours of operation.” 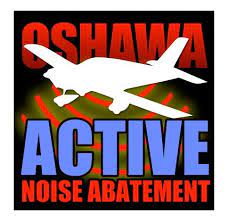 Transport Canada’s requirements involve preferential runways, minimum noise routes, hours when aircraft operations are prohibited or restricted, arrival procedures, departure procedures, duration of flights, the prohibition or restriction of training flights, VFR or visual approaches and simulated approach procedures and minimum altitudes for aircraft in the vicinity of the airport.

The Town of Whitby also chimed in on the issue, with the matter reaching the council floor last month and councillors endorsing Carter’s letter to the transport minister.

Oshawa Councillor Rosemary McConkey, who said there was a good turnout at the workshop (despite some technical difficulties), pointed out that Transport Canada will make the ultimate decision on the airport going forward.

“The next steps are for the consultant Adam Martin and his team to take all of the feedback information and see if there are refinements to be made to the submission,” she explained, adding the matter will eventually find its way back at Oshawa Council before Transport Canada makes the final decision.

The airport opened in 1941 as a flight training school for Second World War pilots and was taken over by the City of Oshawa in 1947, many years before any subdivisions were built in the vicinity. The City has an agreement in place with the federal government that mandates operation of the airport until 2047. However, the facility may be closed as early as 2033 if a new airport is developed in Pickering.

For those interested, here is the consultant’s final report of the Noise Abatement Study.