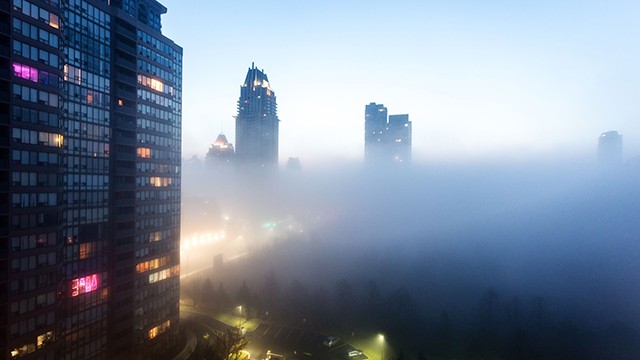 Residents should be aware of some heavy fog today (August 8), especially when travelling in Hamilton, Burlington and Oakville.

“Areas of dense fog are occurring this morning, generally near or on top of the Niagara Escarpment. Near-zero visibility at times can be expected,” says Environment Canada.

If visibility is reduced while driving, motorists are advised to turn on their lights and maintain a safe following distance.

The fog is expected to dissipate by mid to late morning.