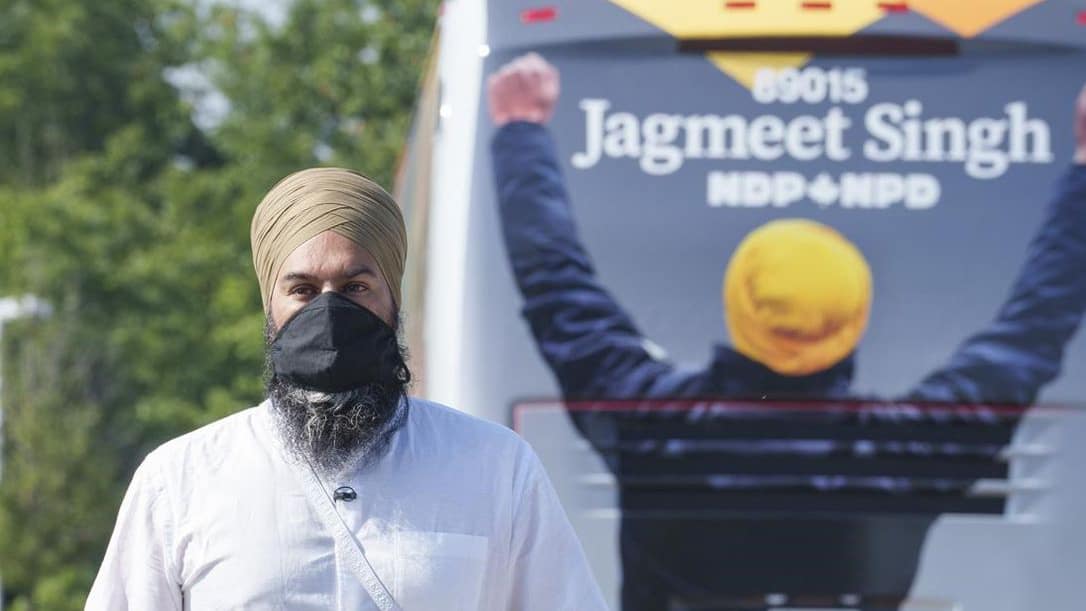 MONTREAL — NDP Leader Jagmeet Singh says he’s not concerned with the other parties on the campaign trail, even as the Bloc Québécois leader questions Singh’s support for Quebec.

Singh is campaigning today in that province, where the NDP is hoping to boost its seat count following a dismal showing in the last federal election.

Bloc Québécois Leader Yves−François Blanchet has been critical of both the NDP and Liberals during this campaign, saying those parties try to paint Quebecers as racist, and he predicts they will “pay the price” on election day.

Singh has spoken out against Quebec’s Bill 21, which bans certain public servants from wearing religious symbols at work, and experts say many Quebecers bristle at both the appearance of federal interference in provincial governance and the suggestion that systemic racism is at play.

Singh says he has a problem with a law that divides and creates two categories of people, but that Quebecers are the ones fighting the law “and that’s exactly how it should happen.”