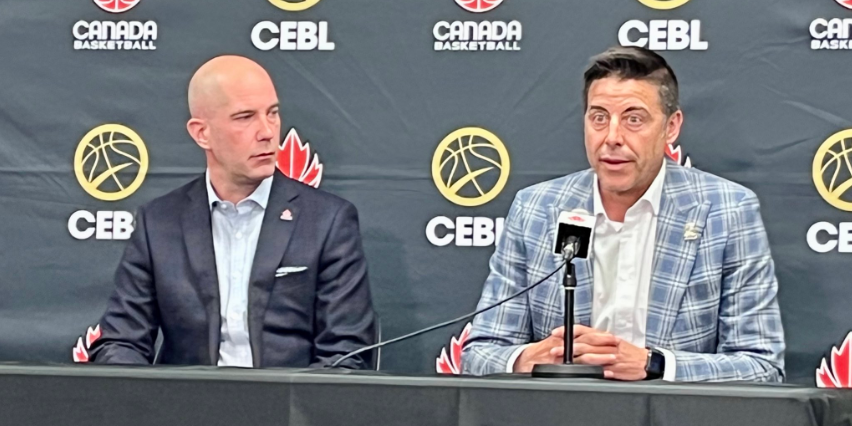 Hamilton's Shai Gilgeous-Alexander will be joined by fellow NBA players as Canada plays a World Cup qualifier at FirstOntario Centre against the Dominican. (Canada Basketball photo)

Hamilton’s own Shai Gilgeous-Alexander will be joined by fellow NBA players, including RJ Barrett, Dwight Powell, Kelly Olynyk, Jamal Murray, and Cory Joseph, as Canada takes on the Dominican Republic in a FIBA World Cup qualifier at FirstOntario Centre on July 1.

The game was officially announced on Tuesday (May 24) by Canada Basketball CEO Mike Bartlett and Mike Morreale, the former Hamilton Tiger-Cats receiver and current commissioner and CEO of the Canadian Elite Basketball League — home to the Hamilton Honey Badgers.

JUST ANNOUNCED – #HamOnt will be hosting the #FIBA Men's World Cup Qualifier game on July 1st. Will you be there?
For places to eat and things to see and do while you're here: https://t.co/Qek8ulghkE#MyHamilton #explorecanada #CanadaBasketball #CEBL #FIBAWCQ https://t.co/iJ5F5kqBpn

Canada has already secured a spot in the second round of qualifying for the 2023 World Cup of basketball. With a win in Hamilton on July 1, Canada (4-0) can secure first place in Group C.

Gilgeous-Alexander was born in Toronto and grew up in Hamilton. The Oklahoma City Thunder guard was drafted 11th overall in the 2018 NBA Draft by the Charlotte Hornets. Gilgeous-Alexander attended St. Thomas More Catholic Secondary School before switching to Sir Allan MacNab Secondary School. He then transferred to Hamilton Heights Christian Academy in Chattanooga, Tennessee for grades 11 and 12 to improve his basketball skills.