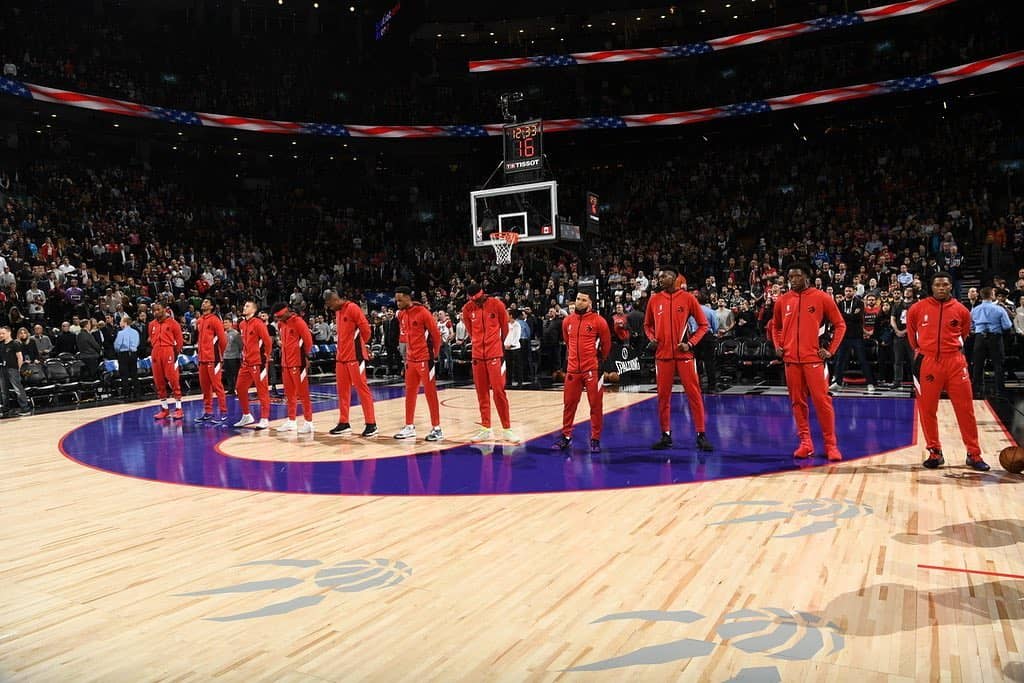 TORONTO — The Toronto Raptors have the 29th and 59th picks in Wednesday night’s NBA draft, capping the longest and most convoluted pre-draft period in league history.

The Raptors haven’t been able evaluate players at their home digs at OVO Athletic Centre due to COVID-19, and instead have had to rely largely on virtual meetings and video.

Despite the unprecedented circumstances of drafting via long distance, Wednesday’s picks might be two of the most straightforward decisions the team will make this month.

Looming huge over Toronto’s head is where the team will call home this season amid the global pandemic.

“We are working on, as everyone knows, a kind of parallel path here which is we want to stay in Toronto but as we all know time is of the essence and we are also working on a path to play elsewhere,” general manager Bobby Webster said Tuesday.

“We want to be in Toronto. We want to play here. But we are also realistic about the timing and respectful of the protocols . . . It doesn’t necessarily affect our operations. We all know we’ll run a basketball team and the 72 games will get played. But just where that is is probably more of a – as everyone can imagine – drain on personal decisions and families which always looms large in this industry.”

The NBA is considering releasing the season’s schedule in two parts, and turning what’s normally all-star weekend into a mid-season break that Webster said might allow the Raptors to move back home then, if COVID-19 co-operates.

Webster said important variables in choosing a home base are a practice facility, medical facilities and an arena that meets NBA standards and has available dates.

“And then, lifestyle matters,” Webster said. “We’re asking people here to uproot their lives and go to a place where they may potentially be away from their families for six to seven months. We want to be respectful of that, and we want people to feel like we’re going somewhere where we feel safe and they feel like they can settle in.”

The other huge task is hanging onto Fred VanVleet when free agents can begin negotiating with teams on Friday. VanVleet is the most coveted among Toronto’s free agents that also include Serge Ibaka, Marc Gasol and Rondae Hollis-Jefferson.

“We’ve said it publicly, privately and every which way, (VanVleet) is our top priority,” Webster said. “He had a great run for four years, we fully expect that to continue and everything’s been positive.”

The Raptors have unearthed some gems in previous drafts. They selected Pascal Siakam 46th overall in 2016, and OG Anunoby 23rd overall in 2017. In 2015, they acquired Norman Powell in a draft day trade with Milwaukee, which took him with the 46th pick.

The greatest challenges posed by the pandemic were the inability to watch players in March Madness and at the combine in Chicago – both were cancelled – and having them visit Toronto, “to show them OVO and go out for dinner with them. It’s just a change in that routine,” Webster said.

“But the pandemic taught us all (about) adaptability and being flexible so while we missed out on a few of those typical draft experiences, I think what maybe we gained was we got to talk to – I don’t even know – probably upwards of 70 kids which we wouldn’t typically do. It forced us to watch a lot more film, so just a lot of different ways of evaluation.”

Webster said whether the pandemic helped or hurt the league in the evaluation of draft picks probably won’t be seen until a couple of years down the road.

“But as of right now, we don’t feel any less prepared than we had in the past.”