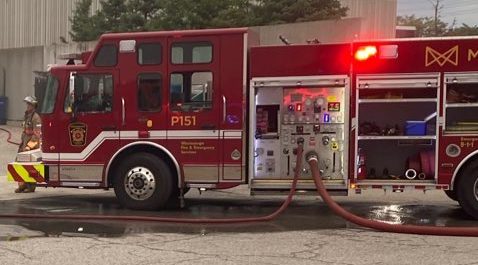 A natural gas leak late this morning (Jan. 13) has shut down part of one of Mississauga’s busiest roads.

Peel Regional Police said via social media that a gas line was struck by an excavator in the Hurontario St./Hillcrest Ave. area of Cooksville, in the heart of the city, just before 11 a.m.

No injuries have been reported, according to police, who say the area is not expected to reopen to traffic for several more hours.

Hurontario St. northbound and southbound is closed to traffic between Dundas St. and Hillcrest Ave.

Mississauga firefighters and the gas company are also on the scene.