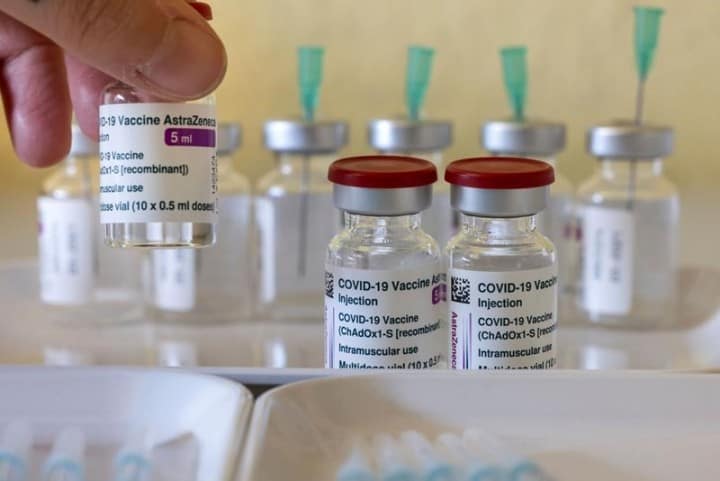 OTTAWA — A national panel of vaccine experts says provinces should not use the Oxford-AstraZeneca COVID-19 vaccine on seniors, opening the door for provinces to start vaccinating younger populations with the newly authorized vaccine much earlier than expected.

But similar advice initially issued in Europe began to be revisited Monday (March 1), with France overturning its earlier decision against using it on seniors, and Germany in the midst of reconsidering it.

The Oxford-AstraZeneca vaccine was authorized for use Friday on all adults, including seniors, but the National Advisory Committee on Immunization is concerned there is limited data on how well the vaccine will work in older populations.

There are no concerns that the vaccine is unsafe for use, but the NACI panel said in its recommendations the mRNA vaccines from Pfizer-BioNTech and Moderna are preferred for people 65 years old and above “due to suggested superior efficacy.”

NACI says Oxford-AstraZeneca should be offered to people under 65 as long as the benefits of getting a good vaccine earlier outweigh any limitations the vaccine may have in terms of effectiveness.

Individuals should be made aware of those limitations and how long they might otherwise wait for an mRNA vaccine, the advice says.

The panel’s advice helps provincial governments determine how best to use the vaccines available to them, but provinces can make their own calls about what to do.

It will now be up to provinces to determine if they open up vaccinations with Oxford-AstraZeneca to individuals under the age of 65.

Until now, provinces have not anticipated expanding the vaccination campaign to include people younger than that for several more months, most in what they call Phase 2 or even Phase 3, of their vaccine program.

Alberta Health Minister Tyler Shandro said the provincial government has decided to follow NACI’s advice and not give Oxford-AstraZeneca to anyone over the age of 65.

“How that’s going to change the administration of those who are in Phase 2 is still to be determined,” he said. “We’ll be making those decisions and announcing them fairly soon.”

The NACI advice follows similar plans in many European countries. The European Medicines Agency said the vaccine could be used on all adults, but a number of countries decided not to use it for seniors because of the limited clinical data.

However, France reversed course Monday, with French Health Minister Olivier Véran saying Oxford-AstraZeneca was, along with Pfizer-BioNTech and Moderna, remarkably effective against COVID-19.

A study released last week by Public Health Scotland, where the Oxford-AstraZeneca vaccine has been in use since Dec. 30, found COVID-19-related hospital admissions among seniors fell 94 per cent after getting the vaccine.

Nearly 500,000 people in the study had received the Oxford-AstraZeneca vaccine, most of them over the age of 80.

When vaccines are tested in clinical trials, thousands of participants get the vaccine and a similar number receive a placebo. The vaccine maker then waits until a minimum number of people are infected with COVID-19, and compares how many of those infected got the vaccine and how many did not.

Not enough seniors were among the group who did get infected with COVID-19 to be useful to draw conclusions in the Oxford-AstraZeneca trial. However, data on blood samples showed seniors given the vaccine did develop the antibodies to COVID-19 in similar levels to younger individuals.

Pifzer-BioNTech and Moderna both had more substantial data for older participants in the clinical trials.

Dr. Supriya Sharma, the chief medical adviser at Health Canada overseeing the regulatory review, said Health Canada’s authorization is not out of step with the NACI recommendations.

Sharma said Health Canada noted the concerns about clinical data but authorized the vaccine for use because the data showed the vaccine to be both safe and effective in all adults.

“I agree with the recommendation,” she said Monday in an interview with The Canadian Press.

She said the preference is for those most vulnerable to get the vaccines with the best data available, but for those who are less vulnerable, getting this vaccine now could provide a significant benefit to them and to reducing overall COVID-19 caseloads.