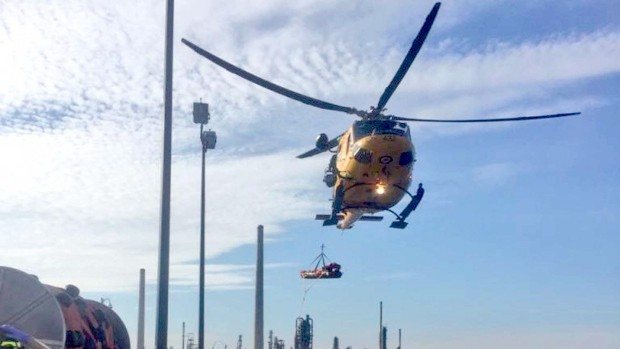 More watercraft action seems to be happening on Lake Ontario, although this time the consequences were a lot more serious.

Two people were injured and one had to be airlifted to the hospital on Saturday after two Sea-Doos collided with each other on the lake, according to the QEW South Post.

Three males were involved in the collision, Peel Paramedics Supt. Jeff Walsh told The Post. Of the two who were injured, one refused to be taken to the hospital and was treated by medics.

The other was airlifted from Clarkson via Coast Guard with, thankfully, non-life threatening injuries.

Twitter user Julie Grant responded to Peel Police’s reporting of the incident, saying she heard a “deafening bang” at the time of the collision.

This isn’t the first time we’ve heard of a Sea-Doo mishap on the lake – this news comes just a day after a man and woman were left floating in the water when their watercraft sank.

Could it just be an unlucky weekend for Lake Ontario? Regardless, if you’re going out on the water, be careful and try to avoid any accidents.

@PeelPoliceMedia omg that's what that deafening bang was. Went out on lakeshore, never thought it was at the lake. Hope they are okay.