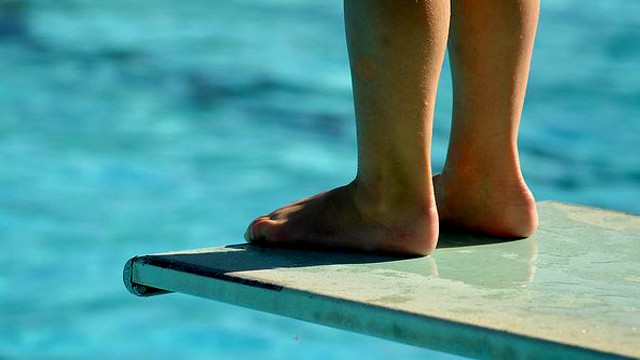 Although we’d like to believe we live in a city free from discrimination, a recent incident last Friday may say otherwise.

The city of Mississauga is apologizing to Shazia Dawood and her 11-year-old autistic daughter, Birra Alyas, after they were forced to leave a public swimming pool.

Dawood said she standing was at the edge of Applewood Heights pool and supervising her daughter as she swam, according to the Toronto Sun. At that point the young girl was approached by a lifeguard, who said she had to get out because she didn’t pass a swim test.

The lifeguard also told Dawood she had to get into the water to supervise her daughter, but the Muslim woman refused due to religious reasons, as there were men in the pool.

“Another lifeguard started yelling at me, ‘You have to leave,’” Dawood told The Sun. “I saw tears in my daughter’s eyes. I asked, ‘What was I doing?’ I said I wasn’t doing vandalism and not scolding.” She recalls one of the lifeguards laughing at her, and security told her she had to leave.

Dawood’s 19-year-old daughter, Muntaha, believes this was an act of discrimination and racism. “She was being harassed because the whole time they were laughing at them and smiling when security was called,” she told The Sun.

“Our staff did not quote the admission standards correctly in this instance,” Robillos told The Sun. “Staff were concerned for the child’s safety and swimming ability as she was moving into deeper water and appeared to be struggling. We have met with staff to reinforce better ways to communicate with our customers and other strategies to ensure safety in the water.”

Although the Toronto Star reports that the city’s aquatics supervisor met with the family on Wednesday to apologize, Dawood said she won’t be returning to that pool. “They humiliated us in front of everybody. My daughter is so scared to go there.”