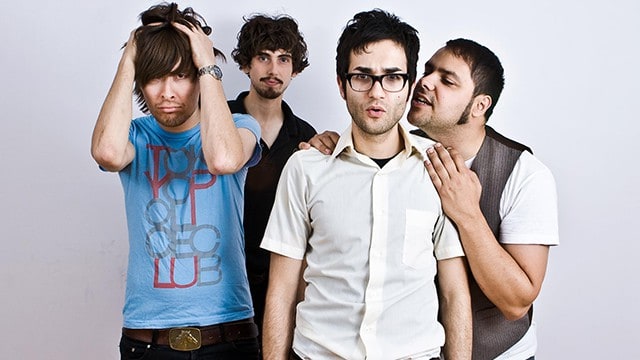 For our readers who have never heard your music in Mississauga, explain your sound in 140 characters:

In a telekinetic rock opera that only plays cat Stevens covers!

Most of us grew up here. We were the house band at our high school and we all realized we’re into the same stuff. It was a catholic school and the priest hated our guts.

The old Masonic Lodge and Kinsmen Hall were pretty rad. We organized and played a show with “death from above” at the kinsmen hall that is still one of our favourite shows we’ve played.

Where do you draw inspiration from when creating music and what’s your favourite part about the process?

Inspiration comes from a number of sources. Could be as sublime as life and death or as mundane as walking your dog. Our favourite part of the process is writing and demoing.

– Peter Cetera. Because he’s like a knight in shining armour…. From a long time ago.
– Frankie Stallone. Nuff said
– William Shatner. Because he’s a straight up visionary.

We played the CBC atrium and Peter Mansbridge complained. I just think he’s got the coolest name so I can’t hate him. I kind of want to kiss him.