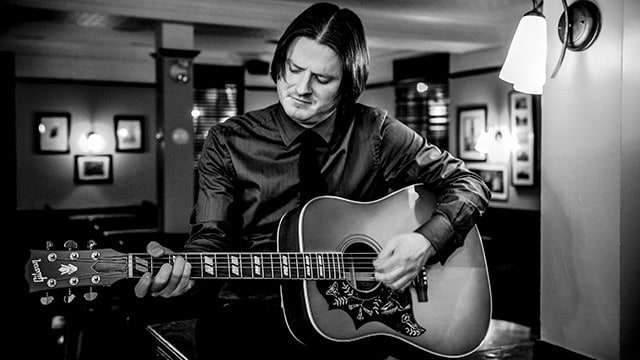 Ten years from now your band will be….

Writing and performing music we care about, sharing it with the world.

That’s a tough one.  At this very moment: Neil Young.

I have lived in Mississauga for the last 25 years.  It is my home, and I love it.  I am also heavily involved in the arts community.

A tie between Cuchulainn’s Irish Pub & the City Centre stage.  Cuchulainn’s because it has become a new home for me musically.  We have been able to build a fantastic jam night there that is second to none in the city.  And City Centre has become an actual cultural spot in our city, it is quite amazing.  Always great to play there.

Lyrically I draw inspiration from life experience, and from music itself.  The struggles I’ve met in life, the places I’ve been, performing I’ve done, the people I’ve loved and have loved me, the songs that move me.  Normally my lyrics and songs are very stream of conscious and then I edit the ideas later:  finding something magic in the moment, and then trying to make sense of it later.

This list could go on and on, and it changes frequently.  I’m always trying to hear new things.  Here’s a few:

One that comes to mind was with my old metal band Starring Janet Leigh.  We were playing a festival in Toronto named Terrorfest, and had a guest performer with us named quaintly as “The Metal Golem.”  During our set, he used an electric grinding wheel with an axe and sent sparks flying all up his body.  Thankfully he wore goggles.  Just having that on stage with us made us go that much crazier, and the audience was mesmerized.  It was one of the strangest and most exhilarating performances I’ve ever date.  Definitely one of my faves.

mattzadkovich.com – my website.  Check it out for show dates and release details.

www.cuchulainns.ca – Cuchulainn’s Irish Pub.  I host an open mic / Jam Night at this pub every Tuesday in Streetsville, Mississauga.  A great place for music fans and musicians alike to meet, perform, and enjoy!

What high school did you go to? Loyola Catholic Secondary School

Last song listened too on your ipod? John Mayer – Who You Love