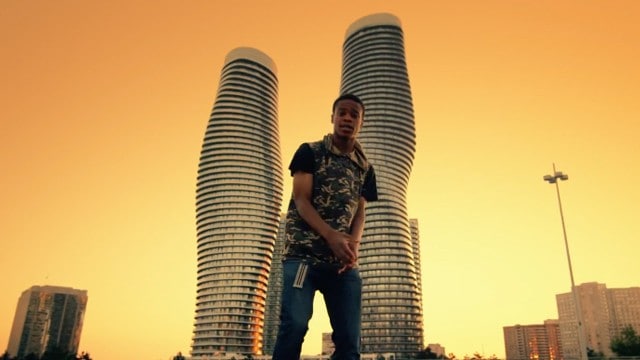 My sound is developing and still growing. I’m happy with the heights it’s reached currently but I think it’s just really coming into its own.

Check out the video Hope City II below

Ten years from now hopefully still rapping and at a high level. Consistency is something to strive for along with sustainability. Hype and excitement are great but you really want to be able to build something that lasts. That’s why it’s so important to focus on the quality of your product so long after all the trends have passed your music still sounds good.

Born and raised in Mississauga, proud to represent it on all platforms.

Probably Celebration Square, it’s usually packed and full of life. The fact it’s in the hub of the city really just adds to the atmosphere it already has.

Where do you draw inspiration from when creating music and what’s your favourite part about the process?

Ah man I draw inspiration from a whole bunch of things all over the place all the time. I rap about life so anything that comes along with that will usually fit for inspiration, as broad as that may be.

My favourite musicians if I had to give two of many I’d probably say K.R.I.T and Lupe to keep it to hip-hop. Anybody able to incorporate intelligence in mainstream hip-hop will always be a big pull for me. Both of them do it effectively and you learn a lot about life and the world through their music.

What are five things you can’t live without?

The coolest show I ever did to me was TEDx, which I did recently. I’m a big fan of everything encouraging new thought processes and expanding of old ones. For a rapper to be on a platform that’s a little more unilateral, it’s a good thing. I’m happy to have been a part of it and hopefully I upheld the standard of performance all TED speakers seem to have.

Shoutout to CIA Bounce, all the young boys in the NCAA doing work, FTC and everybody for supporting the [Hope City II] video.