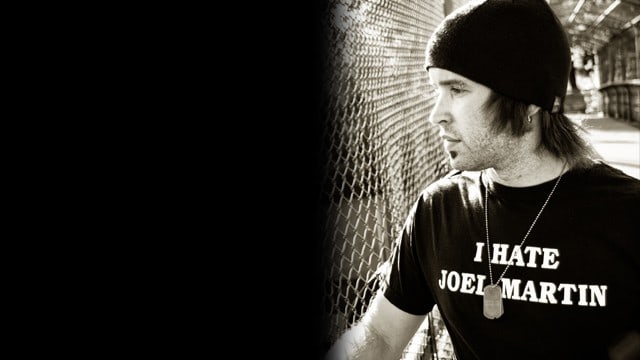 insauga.com recently caught up with Mississauga musician and Canadian Idol alumni Joel Martin. We asked him 10 questions and this is what he had to say:

1. For our readers who have never heard your music, explain your sound in 140 character:

I’m a singer/songwriter who writes a mix of comedic and serious acoustic pop tunes with hook driven melodies!

3. If you could go open up for any artist on tour right now who would it be?

Justin Bieber! There’s nobody playing to bigger crowds than him right now so throw me on that tour and I’ll turn some “Beliebers” into um…”Martinators”?!?!?!

4. So, what’s your favourite thing to do when you aren’t doing your music?

5. What’s your favourite place in Mississauga to perform?

You can’t beat performing at Celebration Square! It’s such a great vibe playing outside and everyone is just loving the summer, the nice weather and of course those tasty food trucks!

6. Where do you draw inspiration from when you write your lyrics and what’s your favourite part about the process?

I’m always writing. I’ve got stacks and stacks of lyrics and copious amounts of musical ideas recorded just waiting to be matched together! Ideas come from everywhere! Something someone says will tickle my ear or spark an idea. Watching a movie or reading a book spawns tons of ideas. Things that have happened to me like a friend passing away, a nasty breakup, sending a naughty text message to the wrong person, getting fired on Christmas Day etc…I have 2 favourite parts to the process. When a new song is officially done being written and when you’ve taken that song and successfully transposed it from your head to a recorded medium. It’s such a beautiful thing when you can create something from nothing. Where there was once nothing there is now music! POOF! Magical!

7. Do you ever get nervous before performing?

I rarely get nervous before I perform as I’m always well rehearsed and I’ve envisioned myself successfully performing that show 1000 times before. The only times where I get nervous are if I have new musicians performing with me where I’m not 100% confident that they’re ready or when it seems like equipment is faulty. It’s things that are out of my control that sometimes make me nervous.

8. Who are your favourite musicians? Why?

My favourite musicians/bands are Ray Lamontagne, John Mayer, Breaking Benjamin, Chevelle, Eminem, The Civil Wars, Pink Floyd, Radiohead, Ryan Adams, Staind and Wintersleep. Why you might ask? Because they rock my socks off!

9. What are the five things you can’t live without?

10. Anything you want to plug?

I’m currently recording my 12th album at Metalworks (Drake/David Bowie/Tina Turner) with Kevin Dietz (Silverchair/Nelly Furtado/The Barenaked Ladies) and Juno award winner L Stu Young (Guns N’ Roses/Prince)! I’ve got an epic 10-piece band together including Anthony Carone (The Arkells/ill Scarlett) and award-winning singer/songwriter Selyne Maia! Recording an album surrounded by a team with this level of awesomeness doesn’t come cheap so I’ve started an album pre-sale fundraising campaign at www.kapipal.com/joelmartin. You can purchase the new album for just $5 and there are many unique packages like one where I’ll write an original song about the topic of your choice, record it and send it to you!

As a thank you for taking the time to read this glorious article you can download my recently released 11th album for free at www.joelmartin.ca