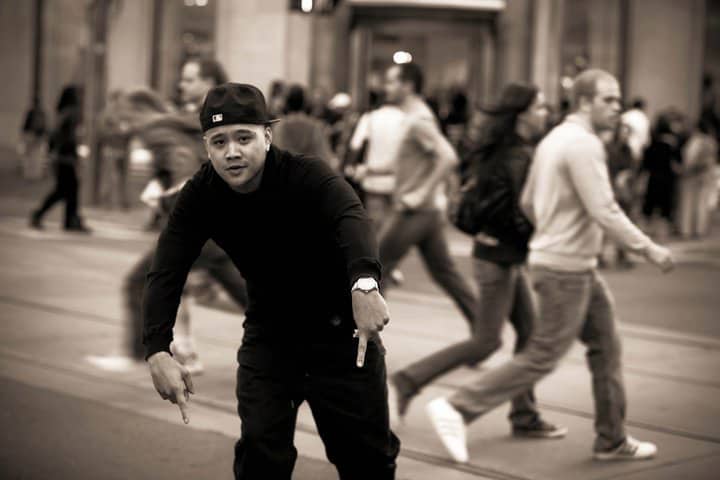 GT’s introduction into hip hop culture started as a young boy, influenced by his older brother who was a fan of Wu-Tang Clan. He recalls taking his older brother’s tape cassettes just to listen to the funny Kung Fu skits in between the tracks on the Wu-Tang Clan album, way back during his Junior Kindergarten years. At that point, GT can’t say that he knew that he wanted to be a hip hop artist, but now, he definitely knows that it is his ambition to become one.

GT is an up-and-coming Mississauga hip hop artist who views his hip hop as raw; he produces his own beats that are influenced from all genres of music. “It doesn’t matter if its soul, rock, jazz or house, I love all genres and you can hear the influences in my music,” states GT. His music has a positive vibe and he spends passionate hours working on his lyrics.

GT’s first audience was his friends, who he rhymed in front of during his preteen years. Music later turned into a passion, as he recalled his very first performance, in which he collaborated with a rock band at Phillip Pocock High School in a high school rock talent show. They ended up stealing the show and winning. The rush of the performance was addictive and he was hooked.

The evolution of a high school hip hop artist to GT took place over a ten-year span, and he started taking it more seriously in the past 4 years. His most memorable show was at a local pub called Enfield Place. It was a mix tape release party for a friend of his who is also a hip hop artist. There were artists from all around the GTA and GT had been asked to perform pre-main event. His performance got the crowd roaring, and the crowd’s energy bounced to each and every word that flowed out of his mouth and into the mic. Once again, he felt that rush.

He believes in the old adage “if you build it they will come,” and he has never understood why he would have to travel to Toronto or as far as London, Ontario in order to watch hip hop shows and see his favourite hip hop artist perform. “If you build a unique hip hop stage or a hall, like that of the Opera House in Toronto, that attracts hip hop artists, they will come to Mississauga to perform. And when big name artists come, local talent usually always open up for them, which would inspire young hip hop artists,” states GT. This type of hip hop theatre would change the very fabric of the hip hop movement insauga. Mississauga, being the 5th largest city in Canada should promote young artists like GT.

GT’s future looks bright and he just released a music video for his single “How I Feel”, which is currently being shown at MuchMusic. The video is similar to a
movie trailer, enticing audiences and fueling a desire within them to want to
know more about GT and his music. He is thankful
to MuchFACT for funding the video and Ian Tuason
for directing it.

GT is currently working on fine-tuning his long awaited debut mix tape, which is set to launch sometime this year. In this mix tape, you will hear rhymes about real life experiences accompanied by self-produced beats. “One thing’s for sure, once it’s released in 2012, you will know why it took a little more time,” states GT.

Expect to see GT performing in and around Mississauga, appearing on stages at hip hop concerts and open mics.

GT is focused on making it big and has that goal in mind. He knows he has a long road ahead of him, as he aspires to leave his footprint on the Canadian hip hop scene and move into the big arenas. But one thing is for sure, GT is determined to make it and nothing will stop him from getting to the big stage. If you had never before heard of GT, well, you just did, as you will again, and here’s another track!