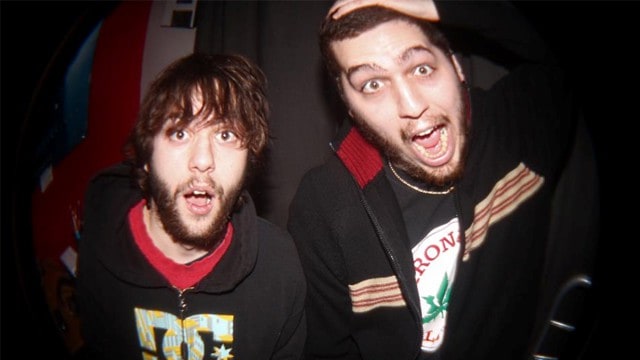 For our readers who have never heard your music, explain your sound in 140 character:

Ten years from now DNA will be….

Probably dead, but not before making it to the very top.

I’d answer that, but it wouldn’t shine us in the best light.

It’s our city, where we hang out, where we go to school, where we get so drunk we have to get the rest of the group to perform our verse… Ahem… Artem

It was Naughty Nadz, but it closed down. Now probably the Krazy Cactus for the reason that they let us host shows for free. Check it out some time guys, next show we’re hosting there is July 27th, only $5 to get in.

I don’t even know, the strangest things can inspire you. I (Artem) make all the beats, a lot of times when the beat is made, the lyrics write themselves afterwards while listening to the beat

We like a little of everything really. In terms of Hip Hop it’d be Atmosphere, Typical Cats, Brother Ali, Movits!, and Eminem. But that answer might change if you ask Dren. But I also love Eric Clapton, Jimi Hendrix, Bob Marley, The Beatles and Guns n’ Roses.

What are five things you can’t live without?

We had this crazy crazy show in Sutton, Ontario. Yeah, I know, where the fuck is Sutton? Well it’s the middle of no where, and in this middle of no where someone let us use their property. So we rented a flat bed and equipment, held $5 admission, and 300 people came. It was nuts, the cops came and everything. I loved it. All thanks to a genius rapper named P Doc that set it all up. It was unconventional but it was the most fun.

Favourite food?
We don’t discriminate when it comes to munchies.

iPhone or Android?
Android cause Steve Jobs was a dick.