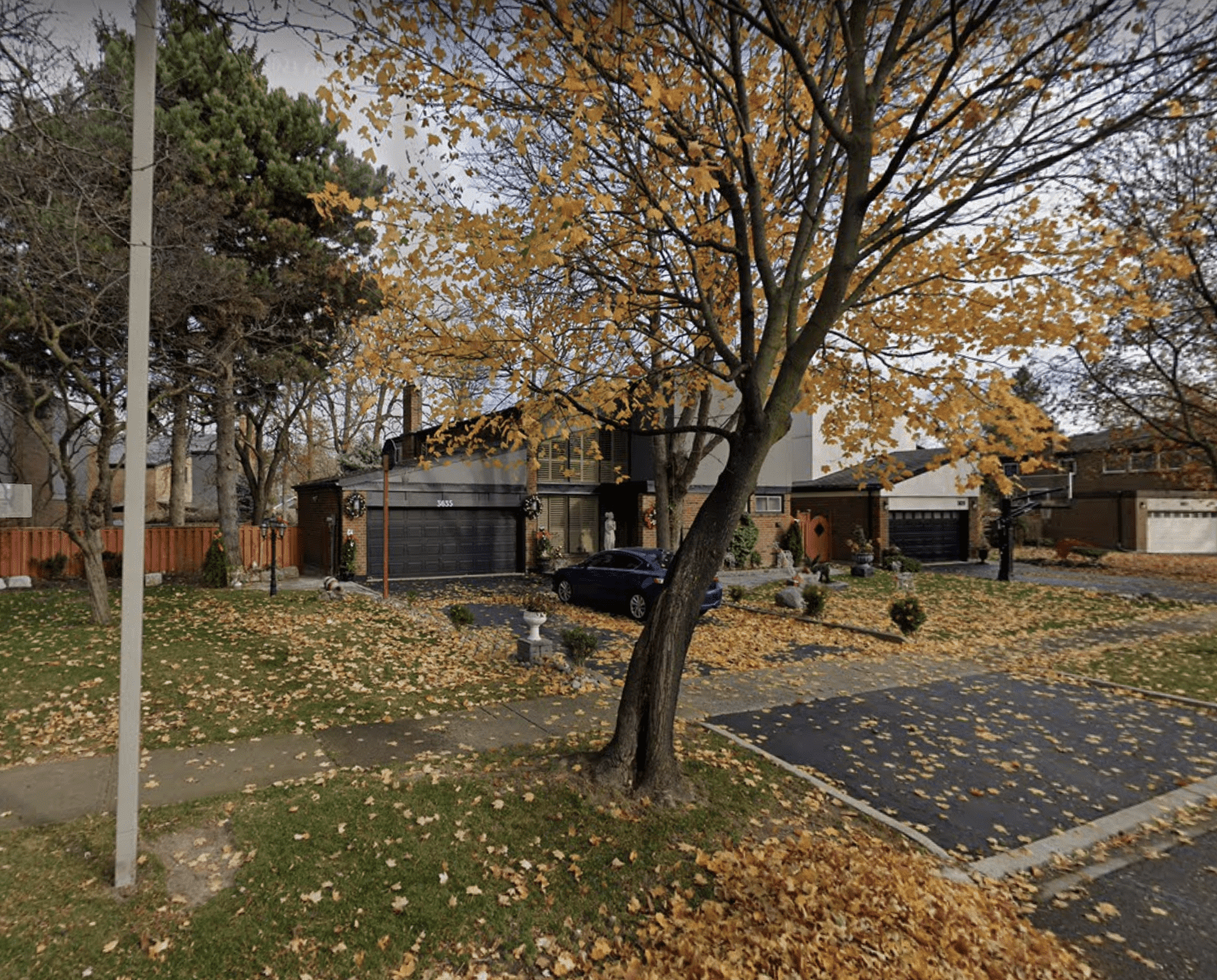 An Ontario judge has ordered a new trial for a woman who was convicted of murdering her ex-husband, the third member of a Mississauga family to be found dead in the same home over the course of several years.

Last week, the Ontario Court of Appeal overturned Melissa Merritt’s murder conviction, which was handed down in 2018, on the grounds that the trial judge “committed significant errors in his jury instruction relating to key evidence.”

According to court documents, Merritt argued that an “unintelligible” intercepted statement she made to her partner at an airport was inappropriately used to secure her conviction. She also argued that the trial judge, Justice Fletcher Dawson, erred in instructing the jury to consider an omission about a shoe purchase connected to the murder as circumstantial evidence of her guilt.

Merritt and her common-law spouse, Christopher Fattore, were both convicted of murdering her ex-husband, Caleb Harrison, five years ago. Fattore–who was also convicted of killing Caleb Harrison’s mother, Bridget Harrison–also appealed the verdict, but his appeal was dismissed.

The case of the Harrison family murders has made headlines over the years. In 2018, Toronto Life published a feature about the strange case that saw three people–Bill, Bridget and their son, Caleb–die under odd (and sometimes outright suspicious) circumstances in their home on Pitch Pine Crescent in Mississauga’s largely residential Erin Mills neighbourhood.

The deaths, which began with Bill Harrison’s sudden passing in a locked bathroom inside the home, started in 2009 and ended with Caleb’s murder in 2013.

The motive for the murders? A nasty custody battle.

According to court documents, Caleb and Merritt met in 2000 and married in 2002. The pair, who had two children together, separated in 2005 after Caleb was charged with assaulting Merritt. After the separation, Caleb moved into the Pitch Pine Crescent home with Bill and Bridget, and Merritt began dating and living with Fattore, whom she would go on to have four children with.

Court documents say that after the 2005 separation, Merritt was granted sole custody of her and Caleb’s children. Caleb was eventually granted access to the children and was allowed to spend time with them at his parents’ home under their supervision.

Documents say that, at one point, Merritt alleged that Bridget was abusing the children, but nothing came of the accusation.

While Caleb was eventually allowed shared custody, his parents took on a significantly more active role in parenting when he was sentenced to 18 months in prison following a fatal drunk driving incident in 2009.

According to the Toronto Life piece, the court’s decision to allow Bill and Bridget to effectively take on Caleb’s parenting duties during his incarceration irked Merritt, who, along with Fattore, was sometimes seen mocking and attempting to provoke the Harrison family over the course of Caleb’s impaired driving trial.

On April 16, 2009, Bill was found dead in a locked bathroom in his home. According to court documents, there were no obvious signs of physical trauma other than a sternum fracture. Bill’s sudden death was not initially considered suspicious, and while the exact cause was never determined, a pathologist attributed his passing to “acute cardiac arrythmia.”

Court documents state that on the day Bill died, Merritt and Fattore abducted her and Caleb’s children, taking them–along with the children they shared–to Alberta and then Nova Scotia. Because she violated a custody order, Merritt was arrested in Nova Scotia on Nov. 27, 2009, and the children were subsequently returned to Bridget.

After Caleb completed his sentence, he sought sole custody of the children, but before his application was resolved, his mother, Bridget, was found dead in the home the two shared.

Bridget died on April 21, 2010–a little over a year after Bill was found deceased in the home.

According to court documents, Bridget’s body was found at the bottom of the main floor staircase, and she appeared to have sustained severe neck injuries. At the time, it was hypothesized that she either sustained the injuries in a fall that was preceded by a medical episode or was strangled.

Documents say there was no forensic evidence linking any suspects to her death and four expert witnesses later shared different theories, with one positing that she died from the fall.

Three other experts, however, suggested her death was caused by “neck compression.”

During Merritt’s murder trial, the Crown argued that the timing of Bridget’s death–which occurred after Bridget reported Merritt to police for reportedly breaching her bail release conditions following her abduction arrest–was suspicious.

In April 2010, Caleb was temporarily awarded sole custody, and Merritt was provided with supervised access. This arrangement was made permanent that August, with Merritt being prohibited from applying for more custody until January 2012.

In July 2013, custody litigation resumed and Merritt sought joint custody and claimed that Caleb was keeping the children from her.

According to court documents, Caleb died from neck compression that was consistent with strangulation, likely from “an arm bar chokehold, or trauma from a weapon, or both.” Documents also say Caleb sustained bruises on his upper body and right arm and that while there were signs of a struggle in the bedroom, there were no signs that someone had forced their way into the house.

According to Toronto Life, Fattore used a key he took from one of Caleb’s children to enter the home.

The day before Caleb was found dead, Merritt and Fattore went to a softball game and then grabbed food at a mall. When questioned about Caleb’s murder, Merritt and Fattore told police about the mall visit but neglected to mention that Fattore purchased shoes from Walmart that same day.

The shoes, which documents say Fattore disposed of, were later linked to Caleb’s murder.

According to court documents, authorities were able to build a strong forensic case against Fattore. The documents state that Fattore’s DNA was found under Caleb’s fingernails, that a beard hair that could not be definitely excluded as his was found on Caleb’s chest and that the aforementioned Walmart shoes were found in Fattore’s garbage bin. The shoes, which Fattore was videotaped purchasing, contained Fattore’s DNA and hairs from Caleb’s dog.

While Merritt’s failure to tell police about the Walmart visit and shoe purchase was initially used to link her to Caleb’s murder, recent court documents say there’s no “direct evidence confirming that Ms. Merritt knew that Mr. Fattore had [bought the shoes].”

Fattore was ultimately charged with murder in connection with Bill, Bridget and Caleb’s deaths.

While Fattore was acquitted in relation to Bill’s death, he was convicted of killing both Bridget and Caleb, even after attempting to plead guilty to the lesser charge of manslaughter in Caleb’s case.

Merritt, who the Crown argued encouraged Fattore to commit the killings, was tried jointly with her spouse for first-degree murder in the deaths of Caleb and Bridget.

The jury acquitted Merritt in the death of Bridget but found her guilty of first-degree murder in the killing of Caleb.

Last week, Justice David M. Paciocco said that the case against Merritt should be revisited.

“This is not a case where the evidence is ‘so overwhelming that a reasonable and properly instructed jury would inevitably have convicted,” he wrote.

“The Crown had no direct evidence implicating Ms. Merritt, and, in my view, a properly instructed jury could be left with a reasonable doubt on the circumstantial evidence as to whether Ms. Merritt was an accessory after the fact to Caleb’s murder, rather than a party to the killing.”

The conviction has been set aside, and a re-trial has been ordered.