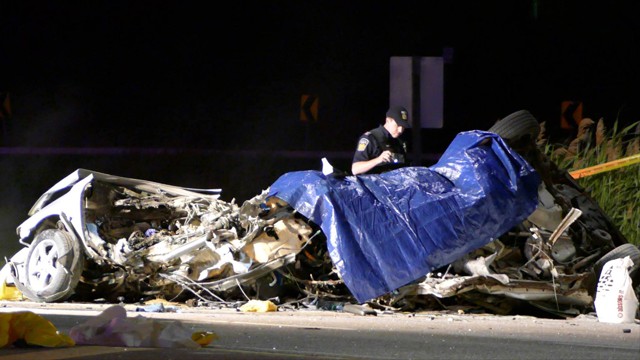 Three people are dead including two children following a horrific crash in the Mississauga/Oakville border area.

Shortly after 11:00 p.m. on Sunday, June 25, Peel police reported that emergency crews were responding to a crash in the Winston Churchill and Queen Elizabeth Way (QEW) area.

Peel police were joined at the scene by Halton police, Peel Paramedics, Halton Paramedics and Fire and Emergency Services from both Oakville and Mississauga.

Three people are dead, including two children (ages 4 and 12).

Three other people are in hospital.

North Sheridan Way will be closed until late morning.

Photo and video by Pascal Marchand – The 4K Guy