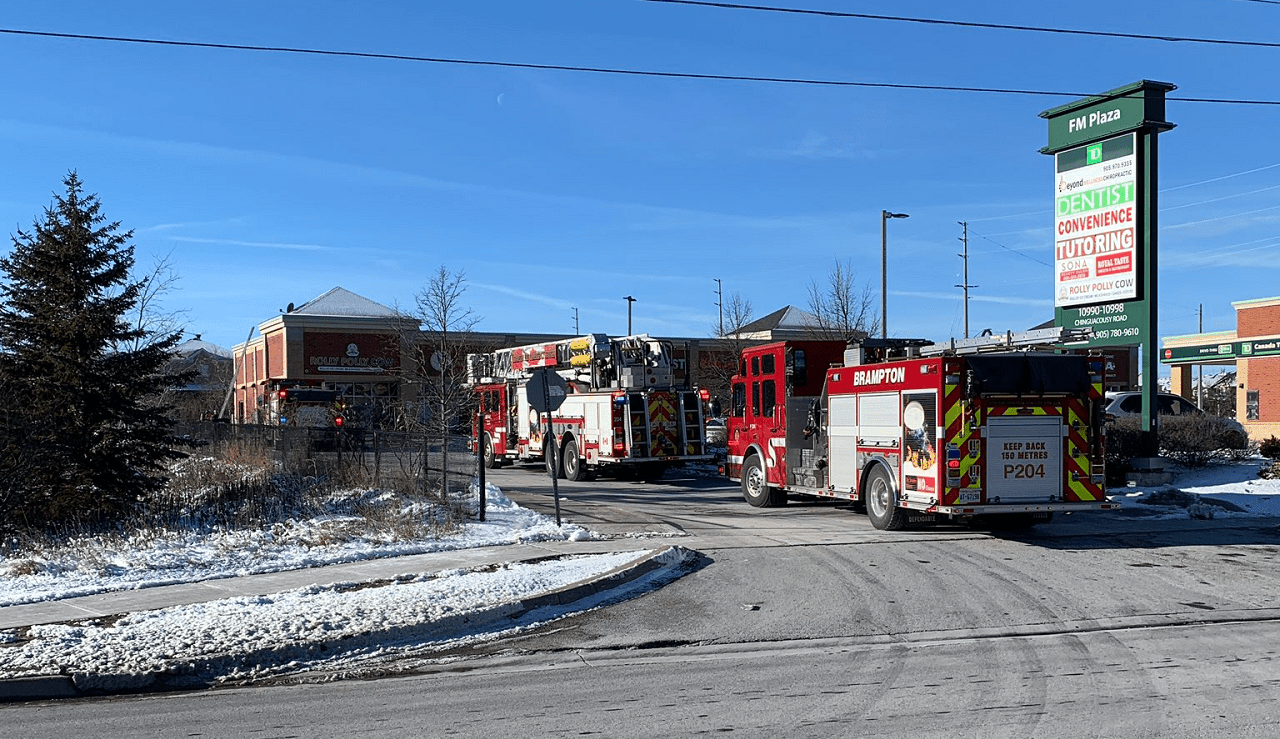 Multiple businesses needed to be evacuated on Sunday morning after heavy smoke was seen in Brampton.

A large amount of smoke was reportedly coming from a store located in the commercial plaza at Wanless Drive and Chinguacousy Road.

Police and Brampton Fire crews responded to the scene and evacuated all the businesses in the area.

There is no active fire and no injuries, police say.

Crews remain on scene investigating the source of the smoke.

Residents may want to avoid the area until the scene has been cleared.